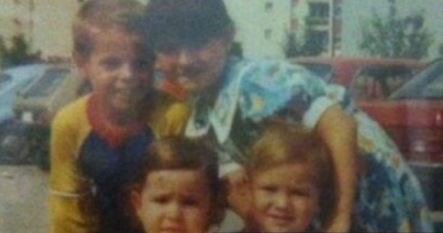 Haris Ibrahimovic was seven years old when he and his cousin Nedzad went for water at the end of 1992, about 200 meters from the building where they lived, in the Sarajevo settlement of Alipasino Polje.

Nedzad, six years older, he says, held his hand. After hearing the shot, he saw a cousin next to him who was in a pool of blood from a sniper shot.

“I have had traumas all my life,” said this interlocutor, who was interviewed on the anniversary of the Prosecutor’s Office of BiH forming a case related to sniping in the Sarajevo neighborhood of Nedzarici, located a few hundred meters from the place where Haris‘ cousin was killed.

A war video from Sarajevo was published in May last year on the YouTube channel of reporter Philippe Buffon. On it, snipers from the position of the Army of the Republika Srpska (VRS) in the Sarajevo settlement of Nedzarici are shooting at the inhabitants of the settlement of Alipasino Polje. RSE could not verify the authenticity of the video.

The video identifies people suspected of potentially committing a crime. One of them was identified as an employee of “Telemach”.

After the video was posted on his Facebook profile, Haris Ibrahimovic wrote that his cousin Nedzad was killed on December 28th, 1992, at the time the video was made.

He also told his story at the Investigation and Protection Agency (SIPA) of Bosnia and Herzegovina (BiH). He noted he spoke to SIPE investigators twice last year.

“These SIPA investigators asked us to find the exact place where it happened, to see if it could have happened. Whoever lived in Sarajevo at that time knew that a sniper was constantly used on civilians in Nedzarici from the Home for the Blind and Visually Impaired in Vojnicko polje and they were changing their position,” mentioned Haris.

“I took them,” the Sarajevan testified, “to the authentic location where Nedzad was killed.”

“There used to be a red old newsstand. I told them we ran there. I told them I couldn’t make visual contact with the place where the shots were fired from because it’s been 30 years and I showed them pictures – how much wood there was then and how much today. Then we left the place where the shooting took place, nothing has changed. The guard who was there confirmed that there was a sniper’s nest there,” Haris said.

“They told me that an indictment would be filed. They have not been imprisoned to date. One of them contacted me to tell me that he did not kill anyone. I informed SIPA about it, and they told me that they were afraid for my safety and that it would not be wise to get in touch with anyone and conduct my own investigation. Since it happened to me, when I was seven, I am no longer afraid of anything, “Haris added.

“I think people need to turn to something else. The truth needs to happen in this area because a lie repeated three times becomes true in this area. I’m not saying we need to forget what happened, but we need to try to move forward,” Haris said.

Stanislav Galic was sentenced to life imprisonment for the siege of Sarajevo before the International Criminal Tribunal for the Former Yugoslavia (ICTY) in The Hague, while Dragomir Milosevic was sentenced to 29 years in prison. Both are former commanders of the Sarajevo-Romanija Corps.

Some of the life sentences of Radovan Karadzic, the wartime president of the RS, and Ratko Mladic, the wartime commander of the RS Army, relate to terrorizing the civilian population of Sarajevo,RSE writes.

Meeting of Brkic and Szynkowski: Poland supports BiH towards EU Integration and NATO
Next Article