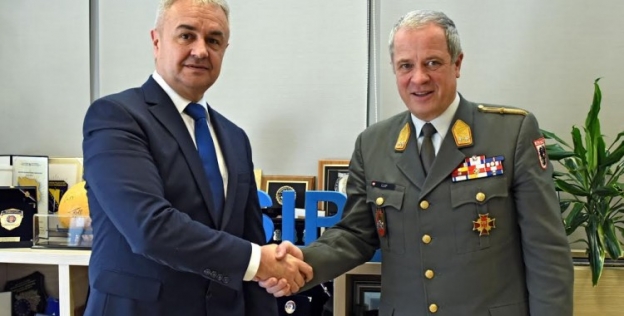 Stanić informed the EUFOR Commandant on current priorities and future plans of the Agency and highlighted the need for continuous and uncompromising fight against terrorism, with an accent on prevention, as could be seen during the recent action “Damask 4”.

Congratulating the Director for the recent appointment to that function, the EUFOR Commandant pointed out that EUFOR will continue supporting the work of SIPA and that sustainable mutual cooperation and exchange of relevant information are crucial.

The Director Stanić thanked the Commandant of EUFOR for continuous support which the EUFOR has been providing for SIPA during execution of its important mission.

Lulić recovered from Injury, ready for Derby against Juventus
Next Article Referendum on the Judiciary of B&H will be held in March or April?
Leave a comment Leave a comment