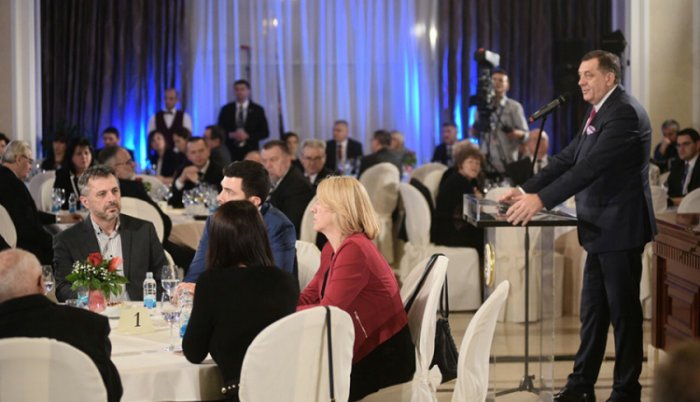 For the seventh time in a row, the President of the RS, Milorad Dodik, organized a fundraising dinner in Banja Luka at which were raised funds for the construction of the Center for the Prevention of Developmental Difficulties ” For Mother and Child”.

The Cabinet of the President of the RS allocated for this purpose 700,000 BAM, while other funds were raised from various donors and citizens who donated 1 BAM by each phone call.

The event was attended by a large number of politicians, ministers in the government of the RS, businessmen and popular singers.

Among them were Nele Karajlic, Enis Beslagic, Bora Djordjevic and many others.

During the event, celebrities responded to calls of citizens to number 1412. On the event was raised over 40,000 BAM.

At the same time, on the Square of Republic was held the concert with the participation of “Lexington Band”, “Milligram”, Lucian Ivanovic, Nikola Rokvic, Dragana Mirkovic and other local singers.