The Sarajevo assassination from 1914, which is a common name for the assassination of Franz Ferdinand, the Archduke of Austria-Hungary, and his wife Sophia, has changed the world forever.

This event ensured a place for Sarajevo in all world history books. It is still being interpreted in different ways in history books in BiH, and the discussion can often be heard about what would have happened with all of us today if Gavrilo Princip had not had courage to pull the trigger or if he simply had not been precise enough?

This one and many other issues are questioned by visitors to the truly unique museum exhibition dedicated to this event, located in the Museum of Military History in Vienna.

The museum is located far from main tourist attractions and key tourist routes in Vienna and it is relatively unknown. However, it is possibly the best museum in Vienna which offers a lot of interesting information and exhibits, especially for people from BiH and the region.

The Sarajevo assassination has its special part within the museum exhibit and offers a large number of very interesting exhibits and authentic items related to this event.

The museum also shows the car in which Ferdinand and Sophia were driving at the moment of the assassination and which still has the damage caused by the explosion of the bomb which was thrown only an hour before Princip executed the assassination. There is also the gun that Princip fired from, as well as guns and bombs used by other participants in assassination on that day.

The visitors can also see the uniform worn by Ferdinand on that day, which still has the traces of blood on it. There is also the couch on which Ferdinand died, brought to the museum from Konak in Sarajevo. 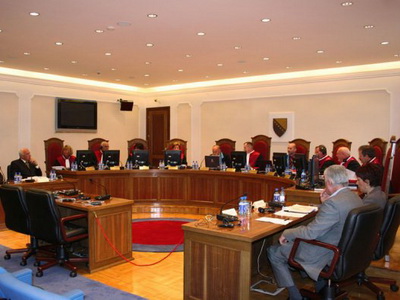 The Constitutional Court annulled the Results of the Referendum in the RS?
Next Article Meet the Goalkeeper who saved five Lives
Leave a comment Leave a comment