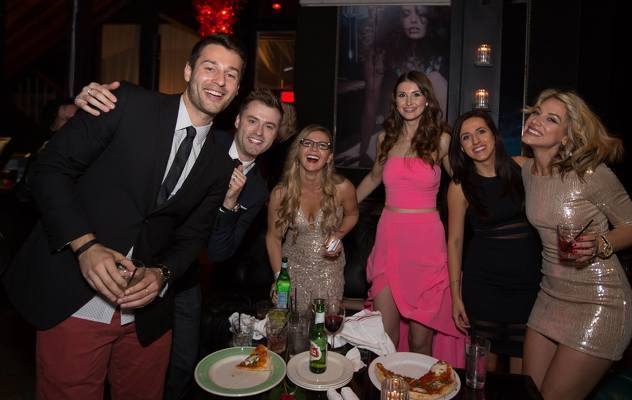 A total amount of 41.056,90 US dollars was raised at the seventh charity gathering of all those who support the work of the Foundation Bosana in Los Angeles.

These funds, just like all previous donations, will be allocated for scholarships to students in Bosnia and Herzegovina.

Founder of the Foundation Senita Slipac Kalamujić said that the event held on April 16 at the restaurant Bugatta in West Hollywood was attended by more than 200 guests, that almost all offered objects were sold at an auction, and that 10 donors joined the program of monthly provision of scholarships for Bosana’s students.

What is interesting is that among the guests were also the legendary actress Mira Furlan and the young and very successful Hollywood actor Edin Gali, born in Bužim.

“The seventh gathering, it is not a joke! We are honored and thankful to all those who helped in any way to organize this event,” said Slipac Kalamujić, together with the message which is also a slogan of the Foundation: “Education changes everything”.

Since its founding in 2015, Bosana enabled better education of 55 students through scholarships and programs of professional training. They are currently supporting 33 students and all employees of this Foundation are volunteers.

Among the students they currently support are a scholar currently studying at the University of Syracuse in the USA; one of the ten most successful students of the Sarajevo Art Academy in the past ten years, winner of the most prestigious award for young artists in BiH “The Bell”, two students who are the best in their generation, and the first student from BiH admitted by the Royal Air Force College Cranwell.

Since 2010 until today, Bosana’s scholars did more than 20.790 hours of obligatory voluntary work. Although Bosana has more than 2.000 donors and supporters from all around the world, only ten of them signed the agreement with which they are obliged to provide monthly donations, amounting to 502 dollars every month. However, this did not prevent the hard working volunteers to organize 20 different events at which money was raised for scholarships across the USA and Europe. They raised nearly 100.000 dollars.

Bosana’s scholars also made an inspirational video, wanting to show how much this foundation means to them.