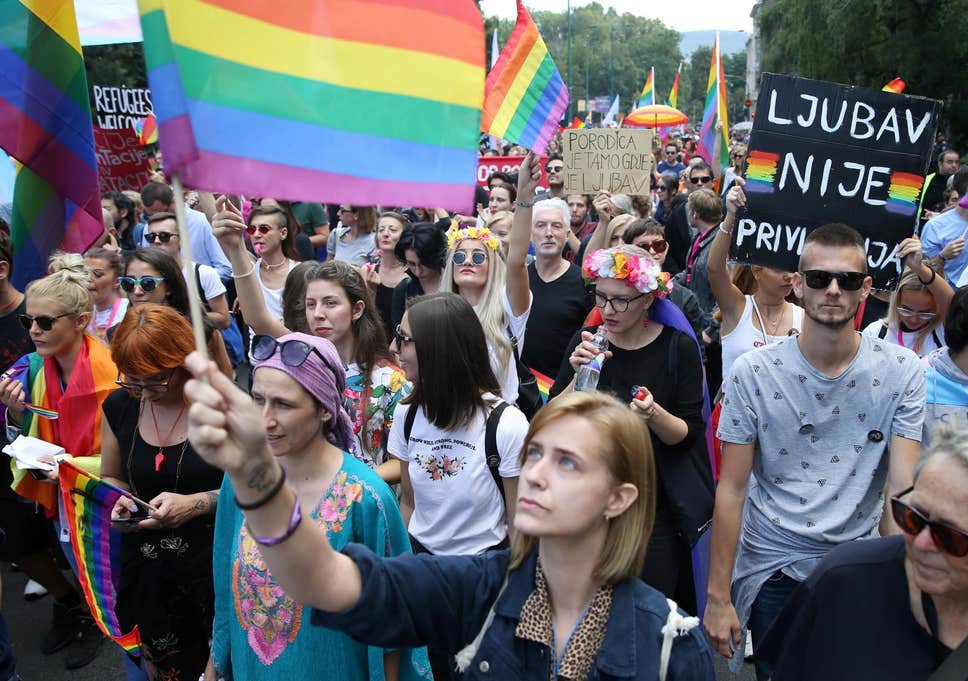 Opening next month on the 6th of February at 6pm, the Sarajevo Open Centre is holding the 8th annual Merlinka event, an international queer film festival named after Vjeran Miladinović Merlinka, a transgender person brutally murdered in Belgrade in 2003.

According to one of the event organisers, Program Coordinator for the Sarajevo Open Centre Amina Imamovic, Merlinka’s mission is to provide a much needed safe space for LGBTQ+ expression, connection and entertainment while promoting awareness of LGBTQ+ issues through film.

Ms Imamovic said the three day festival is also a vital aspect of LGBTQ+ political resistance. Merlinka is “one of the most visible events in our work and is an important mechanism of our fight,” she explained.

“It was never just a film festival for us, it always has carried a political message behind it. -The message that LGBTI people are not equal in this society and that they still face different problems, discrimination and violence.”

According to a 2019 report published by the Sarajevo Open Centre,more than half of Bosnian LGBTQ+ people fear for their safety, one in four have experienced violence due to their sexual or gender identity status, and 69.4 percent conceal their LGBTQ+ orientation as a self-protective strategy to avoid threat of danger.

Lejla Huremovic, an LGBTQ+ activist told The Sarajevo Times that “Merlinka is like a treasure”, given the lack of queer cultural events in Sarajevo and Bosnia. “Having festivals like this one help us to be stronger in our identities and it helps us to live authentically,” she said.

Ms Huremovic, who helped organise Bosnia’s first ever pride parade last year, believes that the presence of queer cultural events like Merlinka can help to foster understanding towards LGBTQ+ people.

“People still think that we are sick or coming from the West,” Ms Huremovic stated. “Every year this festival gives the opportunity for people to see how our life looks and of course to meet LGBTQ+ people.

The Public Affairs Office of the U.S. Embassy Sarajevo in a statement to the The Sarajevo Times, said that the Merlinka film festival is “very important for BiH,” adding that it “presents an annual opportunity for Sarajevo and Bosnia and Herzegovina to demonstrate that equal human rights are for everyone.”

Last year’s incident-free pride event, according to the Public Affairs Office of the U.S. Embassy Sarajevo, was effective in “showing to the countries of the region and the rest of the world that there is hope for the rights of the LGBTI population in BiH.”

“It is our hope that the Merlinka Festival will continue this positive trend”, the Public Affairs Office of the U.S. Embassy Sarajevo stated.

Despite diplomatic advocacy and a collective desire among LGBTQ+ community members to propel the country in the direction of tolerance and understanding, there is outspoken opposition of varying levels who consider the movement incongruent with Bosnia and its values.

Member of the Party of Democratic Action, Samra Cosovic-Hajdarevic, who last year attracted media attention for stating in a Facebook post that gay people should be“isolated and moved as far as possible from our children and society,” told The Sarajevo Times that “there’s a difference between judging the person and judging the behavior,” adding that “the two sides must come to a dialogue.”

Mrs Cosovic-Hajdarevic said that since developing close relationships with people from the LGBTQ+ community over the last few months, she has arrived at an understanding that “the LGBTQ population needs love, conversation and support like everyone does”, and believes that representatives of all factions of society “must approach the dialogue” in order to “try to move a step ahead.”

Mujo Aganovic, President of the Association of Paraplegic War Veterans FBiH, who publicly opposed Bosnia’s first pride parade and was questioned by police over comments he made to US Ambassador Nelson last year, maintains his stance, telling The Sarajevo Times that “events that address the demands of a community that declares itself homosexual have no relevance to Bosnia and Herzegovina”.

“Every public outreach activity of this group upsets citizens”, Mr Aganovic stated, adding that “such practices are not accepted by the citizens, but a small group impose it, and do so in a provocative way.”

In 2019, Ahmed Kulanic, founder of the Islamic-oriented Svjetlo (Light) organization who led a counter-rally for last year’s pride event, told media that “family tradition” is paramount in Bosnia, and attempts to “impose values that are not in line with the [general] mood” are “problematic”.

Providing additional insight into the general public’s  attitude towards the LGBTQ+ community, out of 288 comments in response to a Klix.bareport on the success of the parade, the majority contained rhetoric of a discriminatory, derogatory, or threatening nature.

Username SS818, wrote: “go and spread your disease out there, get out of Bosnia or the blood will flow down Titova”, while Moja_Tetka wrote: “LGBT couples don’t dare walk down the street, they would be immediately set alight by a can of petrol”.

The Merlinka film festival itself, since its inception in Bosnia in 2013, has attracted violence and condemnation.

Last year in Tuzla, a group of twenty Wahabi protestors attempted to stop the opening of the Merlinka Film festival whilst shouting out “gay” and “Allahu akbar”.

In 2014, two festival attendees sustained head injuries and several were injured when around 12 men in hoods and balaclavas stormed into the queer film event in the city’s capital yelling homophobic slurs and declaring “there will be no pride parade in Sarajevo.”

Such incidents merely fuel the fight, according to Sarajevo Open Centre Program Coordinator Ms Imamovic. “When we continued the program in 2014 after the attack, we made it clear that we were there, that we were not afraid and that we would continue to fight and resist,” she said.

Despite past incidence of violence, Ms Imamovic told The Sarajevo Times that she does not foresee any disruption or safety concerns for this year’s event and encourages attendance. 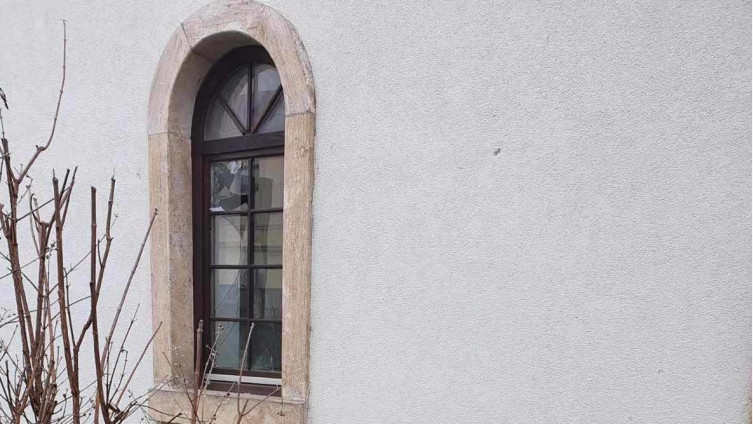 Positive Story: Perpetrators of Attack on Mosque demanded to be forgiven
Next Article 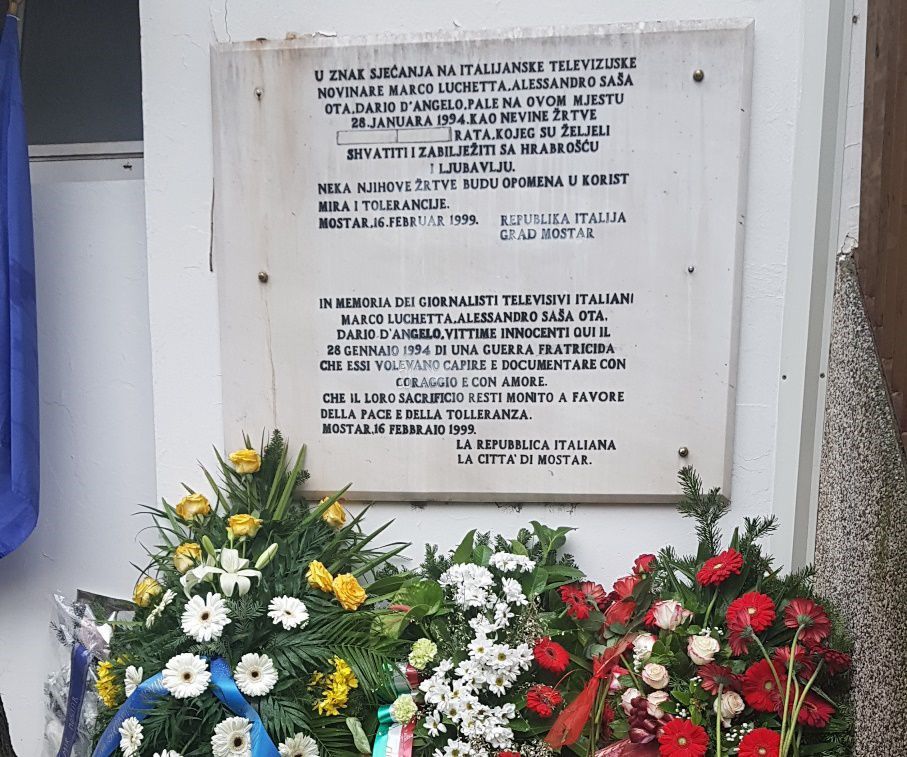