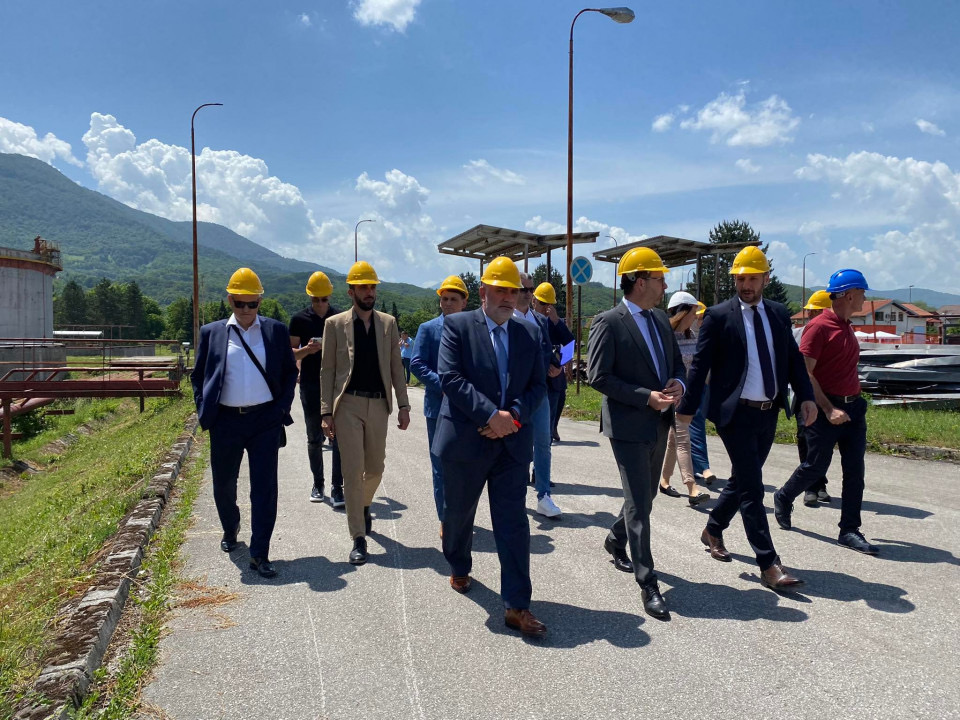 The ceremonial opening of the beginning of the reconstruction of the liquid oil cargo terminal Blazuj, of the company ‘Operator-Terminali Federacije’ (Operator-Terminals of the Federation) (OTF) Sarajevo, was held yesterday in the area of the Blazuj Branch, in Vlakovo Street.

On that occasion, the Director of the OTF Hermedin Zornic, and the Federal Minister of Energy, Mining, and Industry Nermin Dzindic, who visited the works, addressed the audience.

The Federation of Bosnia and Herzegovina (FBiH) will soon have a new 42 million liters of oil reserves.

”We visited the location where the overhaul and reconstruction will take place. So twice 10 million, 4 times five, and one of 2 million liters with complete infrastructure that accompanies such a functioning system for regular supply and for the stock we need under our agreements signed with the EU and the European Energy Community. So, once again, I congratulate everyone and I hope that this project will be completed and put into operation within the set deadlines, and then serve the purpose for which it was done,” the minister said.

Regarding gas, the minister says that Energoinvest signed the contract until the beginning of January, after which it will probably be extended as this contract was extended.

Until January 1st, 2023, the price of gas will be as the contract was signed and there will be no change, says Dzindic, and no one knows the price after that.

Significance of the terminal

During the start of works on the reconstruction of the terminal in Blazuj, Zornic pointed out the importance of the terminal, especially in the situation we are in now, ie the growing prices of oil and oil derivatives due to Russia’s invasion of Ukraine.

”The moment we replenish our quarterly required reserves at the level of total goods sold during the fiscal year, we can respond with these capacities and dimensions that these are not happening, to freely express these rampant retail prices that we are living witnesses to. We would, through the relevant ministry, (if we had reserves) to come out with quantities in order to stop these rampant prices,” Zornic explained, Avaz writes.

Analysis: The Price of Fuel in BiH
Next Article