The Mayor of Sarajevo, Abdulah Skaka, talked on Monday with Edward Ferguson, the British Ambassador to Bosnia and Herzegovina (BiH), and the main topic of the meeting was the project “Connecting Cities of the United Kingdom (UK) and the Western Balkans through Digital Technology – Digital Cities”, supported by the UK Government and implemented by the  “British Council”.

Namely, at the end of January, a meeting will be held in London as part of the project whose focus will be on city connection, cooperation and exchange of experiences in the field of digital technologies.

This program will connect 12 cities around the UK with 12 cities in the Western Balkans. The capital of BiH is among the 12 nominees from the region to participate in the program.

The Mayor Skaka informed the Ambassador about the preparatory activities of the City of Sarajevo, and emphasized that the Smart City project was one of the 10 priorities, and thus was adopted as such in the Sarajevo City Politics document for the 2016-2020 mandate term.

Ambassador Ferguson emphasized that the Embassy of the United Kingdom is launching a project aimed at supporting the development of the digital sector across BiH, and that in this project cities have a very important roles in connecting business entities, educational institutions and public administration. Also, one of the topics of discussion was the need to establish a direct flight between London and Sarajevo in order to improve communication and business relations, and especially the promotion of tourism potentials.

Considering the city administration decision to continue with strengthening cooperation and partnership relations with the capital cities both in Europe and worldwide, the collocutors agreed that specific activities will be undertaken in the following period, in order to strengthen relations and cooperation between the capital cities of the UK and BiH, London and Sarajevo. 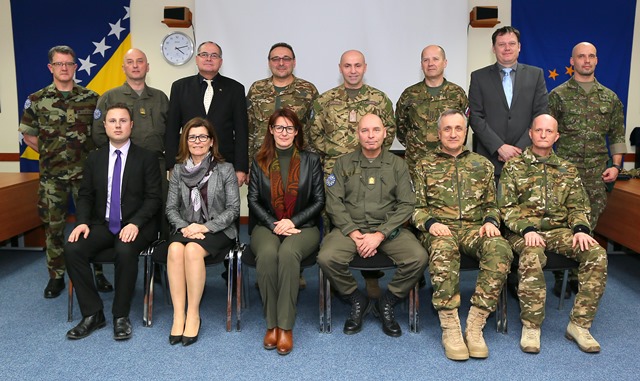