In the period from October 29th to November 3rd, 2022, at the Combat Training Center of the Armed Forces of Bosnia and Herzegovina (AFBiH) in Manjaca, the Armed Forces of the United Kingdom (UK) and BiH held joint training aimed at developing modern military skills needed for peace support operations around the world.

This was an opportunity for male and female members of the armed forces of both countries to learn from top experts from both armies, both in the classroom and on the training ground, using modern military equipment and training methods.

Lieutenant Nejra Hodzic, an evaluator and instructor at the Combat Training Center of the AFBiH, explained on that occasion that it was a privilege for her to participate in this joint training.

“We train together in the areas of operations in urban areas, protection of the civilian population, effective anti-armor combat and precision long-range combat marksmanship. We look forward to continued cooperation with our partners from the UK,” she said.

Stewart Gilbert of the 1st Battalion of Royal Fusiliers was impressed by the Combat Training Center in Manjaca, which is rapidly growing into a modern military training location thanks to long-term investment from the UK.

“We are fascinated by the space for holding classes and training. The AFBiH really have a desire for new knowledge, as well as for sharing their own tactics and experiences. We will be happy to recommend BiH for future joint military training,” concluded Gilbert.

Campara: I think the Decryption of the “Sky” Application has already led to the Involvement of high Officials
Leave a comment Leave a comment 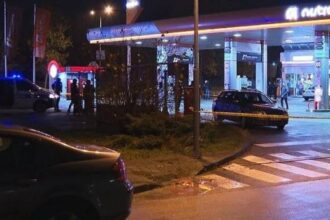