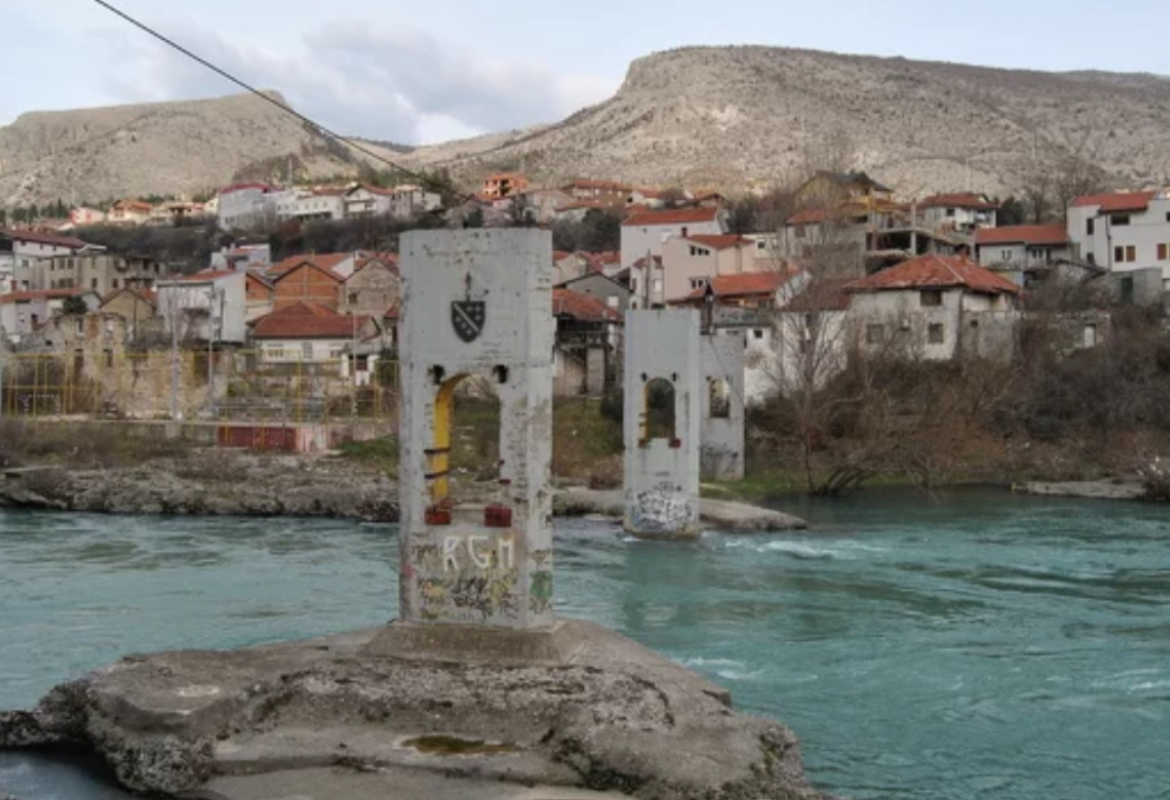 The symbol of life from wartime Mostar when all bridges were destroyed was a basket that was then the only way to connect the two banks of the Neretva through the cable and was a lifeline for the inhabitants of Donja Mahala who remained trapped between the great river and the war line.

The basket, which was used to rescue the wounded under constant artillery attacks from Croatian Defence Council (HVO) positions, and to deliver food and ammunition, was preserved by the ”Sinovi Mahale” Association and exhibited in the Martyrs’ Park along the Neretva, where five years ago they opened a memorial room for the aggression on Mostar with the aim of not forgetting the horrors of war and that history would never be repeated.

One of the people from Mostar who crossed the Neretva with a legendary basket is the president of the ”Sinovi Mahale” association, Dzevad Pasic, who talks about that experience in an interview, the impossible conditions under which the basket was made, and its significance from the context of today when curious visitors to Mostar come to take photos with the famous exponent along the Neretva.

The basket was made, as he explains, from parts of the armature and cylinders that could be found at the time, but the big question was where to place the basket to make it as safe and functional as possible.

”The idea came up that the first point should be the workshop of car mechanic Ramo Djuliman (right bank), and the second across the street, Andric’s basement on the harbor (left bank). When they did all this and devised the problem, there was a lack of material, because it took a lot of cables to connect the banks of the Neretva,” Pasic talks about the realization of a famous project that seemed like an impossible mission.

This basket had a door like a real vehicle and a hook on the sides to which it was attached to a cable, and as there was no electricity, it functioned mechanically so that it went to the half of the Neretva by free fall, and from that half, it was pulled by members of the Civil Protection with ropes tied to hooks on the other side of the shore.

According to him, some discouraged her and some showed support, so in all this, as he points out, anecdotes were created that were retold later, but he emphasizes that it took a lot of courage to usethat basket, which he himself experienced later.

He goes on to explain how the Civil Protection pulled the brave Mostar woman to the other bank of the Neretva after she stopped in the middle of the river, after which the legendary basket saved many lives of the wounded, transferred a lot of food and ammunition and everything needed.

Namely, the basket saved Donja Mahala, Semovac, and one part of Cernica and became a symbol of life in wartime Mostar.

”Now I am glad that this basket in the park of the ‘Sinovi Mahale‘ Association is in the martyr’s park and that it is a symbol of the defense of the city of Mostar,” Pasic concluded.

The basket is an exhibit in the park of the ”Sinovi Mahale”Association, where a memorial room for the aggression on Mostar has opened five years ago, in order to present an image of the war in the largest city on the Neretva with exhibits and about 100 photographs, with the wish that this history will never be repeated.