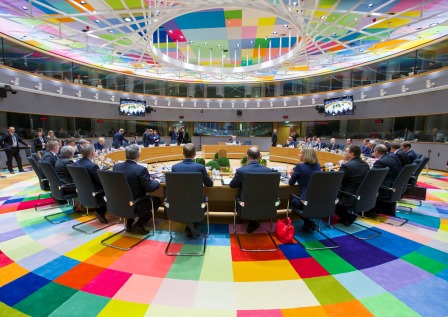 In the negotiations ahead of the European Council‘s session, Croatia’s representatives demanded that the European Union’s (EU) conclusions include a call for postponing the elections in Bosnia and Herzegovina (BiH) until an agreement is reached on reforming the Election Law.

Their proposal was not accepted, which means that the EU, together with the United States (U.S.), remains of the opinion that the elections must be held as planned – in October this year.

The European Council discussed the protracted political crisis in BiH. The EU reiterated its commitment to the European perspective of BiH and the Western Balkans. The conclusion is that leaders in BiH need to show a strong commitment to finalizing constitutional and electoral reform, vital to the country’s stability and fully functioning, as well as supporting all other priority reforms listed in the European Commission’s Candidate Status Opinion. It is stated that the EU is ready to continue its high-level engagement in that regard.

Immediately after the end of the part of the summit dealing with the topic of BiH, Prime Minister Andrej Plenkovic gave a statement to reporters in Brussels. The summit ended yesterday afternoon.

”In this way, the EU recognized the constitutional architecture of BiH, and this fact, along with these conclusions proposed by Croatia and adopted by the European Council today, will help reach a consensus on limited constitutional reform and reform of the election law in BiH. This will be an incentive for all leaders in BiH to make efforts to reach a compromise as they are vital to the stability and functionality of BiH. Also, the conclusions, at the suggestion of Croatia and with the previous very clear political consent of the highest level in the EU, clearly signal that the EU is ready to engage further with representatives of political parties in BiH, either here or in Sarajevo, to reach an agreement on the election law. This is a good-neighborly and well-intentioned effort by Croatia to find solutions that will enable a stable BiH. It seems to me that we received a good package this week, which is a strong incentive for politicians in BiH,” Plenkovic stated yesterday.

A few days ago, at the insistence of the Republic of Croatia, the heads of diplomacy and defense ministers of the EU member states included the term “constituent peoples” in connection with BiH in the EU’s “Strategic Compass” document.

This has provoked outrage from the Netherlands, Germany, Belgium, and Luxembourg, which consider the concept of constitutivity discriminatory.

Although it seems that the negotiations on the Election Law have experienced a final fiasco, HDZ leader Dragan Covic announced yesterday that a new round of negotiations could take place, emphasizing the importance of constitutional reforms, all with the support of senior EU officials.

Moreover, two days ago the European Council re-elected Charles Michel as President for a second term of two and a half years, from June 1st, 2022 to November 30th, 2024. Charles Michel was re-appointed President of the Eurozone Summit for the same period.

Two days ago, on the first day of the meeting, EU leaders adopted conclusions on Russia’s military aggression against Ukraine. They were joined at the meeting by U.S. President Joe Biden to discuss support for Ukraine and strengthening transatlantic cooperation, and later spoke by video with Ukrainian President Volodymyr Zelenskyy.