A little less than a month ago, it was announced that the Government of Federation of BiH will pay its employees 1080 BAM in one-time aid, which was realized along with the payment of the October salary.

It is about 7.7 million BAM of budget funds.

In October, the Government of the Federation of Bosnia and Herzegovina made a decision to allocate funds for the purpose of paying one-time financial assistance to employees of administrative bodies and other organizations who receive their salary through a single account of the FBiH budget.

Elected officials, holders of executive functions and advisers to officials did not receive one-time assistance.

As Klix.ba learns, the aid of 1080 BAM to workers in the ministries and other administration bodies of FBiH was paid with the October salary.

It seems that the Government of FBiH, with its decree which offered employers the possibility to pay workers a one-time financial aid in the maximum amount of 1080 BAM until December 31 of the current year, helped the most those whose salaries are definitely guaranteed.

It is important to emphasize that the Economic and Social Council of FBiH, which consists of the Government of FBiH, employers and trade unions, held its last session on July 15 and that it was interrupted because there was no agreement on the level of the minimum wage in the Federation of BiH.

The union’s calls for the FBiH Government to make the payment of one-time aid to workers in the FBiH mandatory in order to at least partially help workers whose monthly incomes have remained the same in the state with the highest inflation rate in the region are in vain. 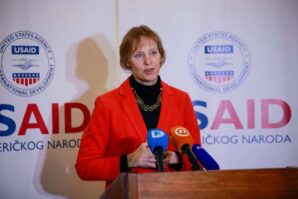