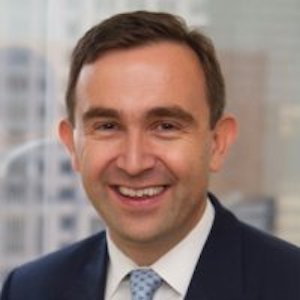 Elvir Causevic is a technology and intellectual property (IP) investment banking professional, focused on financial analysis, licensing, sales and acquisitions of IP assets. Elvir holds a B.S., M.S. and Doctor of Science degree in electrical engineering from Washington University in St. Louis, and a J.D. degree from the University of California, Hastings College of the Law, with formal training in accounting, economics, and finance. He also holds an investment banking representative license (Series 79) and a general securities representative license in California (Series 63).

Elvir is a managing director and Co-Head of the Tech+IP Advisory Group at Holihan Lokey, a leading global investment bank. He was formerly the CEO of Black Stone IP, a boutique investment bank focused on valuing and trading Tech+IP assets, and advising global technology clients on IP licensing, litigation and transaction-related matters. Prior to that, he was the managing director of Ocean Tomo IP Consultancy Strategic Advisory Services practice and served as an expert witness on issues relating to patent infringement, licensing, financial restructuring, investment and a variety of economic damages issues. Elvir has been named inventor on over 20 patents and patent applications and is an author of numerous scientific publications.

I started out as an engineer, electrical engineer, then got a doctorate in electrical engineering. Went to teach at Yale University for a number of years. From there I spun out a number of technologies at Yale and intellectual property into a series of medical device companies that I funded with venture capital. Two of those were sold to Fortune 500s and in that process I learned about the value of IP in building a company and in exiting a company. The third company’s still running, it’s financed by Steve Case from AOL and several other funds. It’s in DC, they were in brain monitoring business.

From there I got into the IP field and realized that intellectual property and technology transactions are a business for themselves. While I was building the last company, I also went to law school and got a degree, a JD with focus on M & A and IP and that’s where some of this interest came in to look at fiduciary duties. From that perspective, academically and at the same time seeing it in the field.

The last company I built, BSIP, was acquired by Houlihan Lokey just about a couple of years ago and that’s how the tech and IP group got created here.