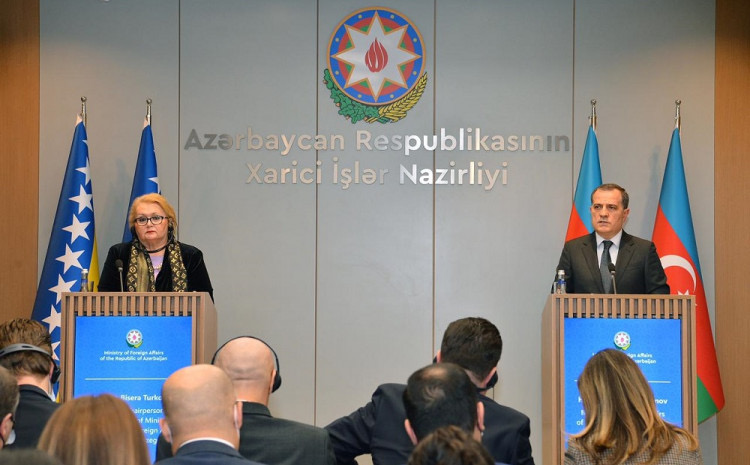 At the beginning of the meeting, the Minister stated that the decisions of the Presidency of BiH and the Parliament of Azerbaijan on the mutual opening of embassies in Sarajevo and Baku represent a turning point in strengthening the overall relations between the two countries.

She thanked for the assistance provided by Azerbaijan to BiH, especially in the fight against the coronavirus pandemic, and stressed the importance of improving economic cooperation and investment.

When it comes to the contractual regulation of relations between these two countries, it was emphasized that there are agreements ready for signing, but also agreements that are in different stages of implementation.

It was proposed to hold political consultations which will intensify the completion of procedures and the signing of the agreement.

Minister Bayramov stressed that Azerbaijan is committed to continuing to strengthen relations with BiH, supported the holding of political consultations, and expressed hope that the procedures for opening embassies would be completed as soon as possible.

Minister Turkovic informed her colleague about the current political situation in BiH and the announcement of unconstitutional and illegal moves that threaten peace and stability in BiH and this region.

Further, they discussed the current situation in Nagorno-Karabakh, and major reintegration projects in the area, and discussed the possibility of BiH’s participation in some projects.

During the meeting, it was confirmed once again that Azerbaijan strongly supports the territorial integrity and sovereignty of BiH, as well as the preservation of peace and stability, ” the BiH Ministry of Foreign Affairs said.