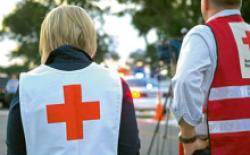 A group of foreign activists was reportedly ordered to leave the Vucjak refugee camp in Bosnia and Herzegovina. They claim the state has cut migrants’ access to healthcare but authorities reject the accusations, Infomigrants reports.

Hundreds of migrants at the Vucjak camp in Bosnia and Herzegovina continue to have access to healthcare, says Selam Midzic, the local Red Cross committee secretary following allegations saying the Bosnian government had cut off access to medical care from migrants there.

“None of the migrants in the Vucjak refugee camp will need to go without medical assistance if they require it,” he explained. “Lighter injuries where bandaging is required are treated on site. In more serious cases, we will transport people out and treat them in the nearby clinic or the canton hospital.”

“Every person is equally important to us,” Midzic further stressed.

These claims, however, directly contradict the information provided by humanitarian activist Dirk Planert. The German national had been coordinating a group of volunteers at Vucjak until local officials banned them from providing medical aid. They were allegedly ordered to leave the country.

“Refugees in the camp now have no medical assistance,” Planert told DW, highlighting that many of the camp residents still suffered from wounds they had sustained when Croatian police violently pushed them back across the nearby border. And with the Vucjak camp site being a former landfill, there is a big danger of poisoning and infections.

However, Red Cross representative Midzic insists that Red Cross employees and medical professionals still provide care to camp residents: “We maintain a daily presence at Vucjak and we take care of all cases,” he assures reporters.