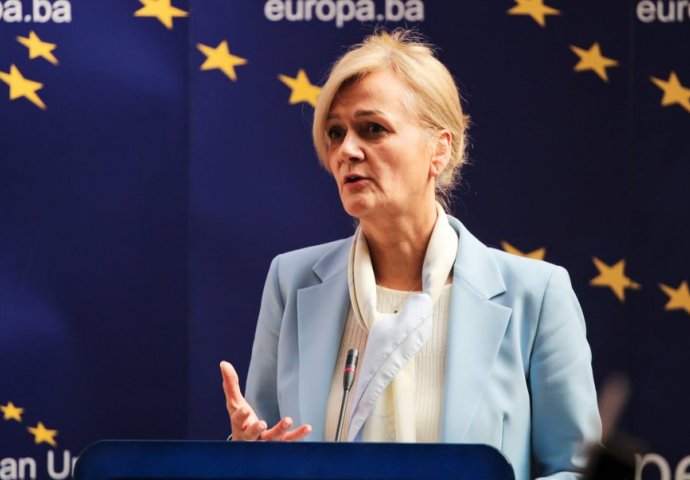 The weight around the neck in the form of the Election Law for too long has been one of the key political obstacles in Bosnia and Herzegovina (BiH). After dozens of meetings, it seems as if all chances for an agreement have been exhausted. However, another attempt to reach an agreement follows this week, so on that occasion, foreign mediators Angelina Eichhorst (from the European Union – EU) and Matthew Palmer (from the United States – U.S.) are arriving in our country.

Negotiations on the Election Law were interrupted at the end of last year in the midst of the violation of the constitutional and legal order led by the government of the Republika Srpska (RS) entity. Most of the parties based in Sarajevo then unanimously said that the negotiations were meaningless because they were being conducted in impossible conditions. In the meantime, Milorad Dodik and the RS authorities continued to collapse BiH institutions, but the first U.S. sanctions were introduced. Sanctions are expected to continue and European countries will follow that process.

After all that, international mediators are coming to Sarajevo again, but with questionable chances for an agreement. First of all, certain parties still believe that the Election Law should not be negotiated when Dodik undermines the state, does not recognize state laws, and does not actively participate in the work of state institutions. On the other hand, the story of the need to change the Election Law continues to be told by the U.S., a country that is probably BiH’s most important external partner.

But, in political circles, one can notice resistance to this type of initiative and open criticism of the U.S., with standard criticism of individuals from the EU that they will betray BiH. And if the door to the U.S. is slammed and a message is sent that there is no readiness for talks, an empty space that someone will fill very quickly remains. Then it is not excluded that “mediators” from Serbia, Russia, or Turkey will start coming to BiH, wrapped in a story about the necessity of an agreement in BiH.

Let’s get back to the upcoming negotiations. The key issue that will be on the table is the request for the reduction of the Federation of BiH (FBiH) House of Peoples, a point that the HDZ does not want to problematize. And the House of Peoples is the body in which the greatest lever of power currently lies, because it manages most of the processes, from the legislative to the executive branch.

At the end of last year, most of the parties based in Sarajevo agreed that it was necessary to reduce the House of Peoples and in that context look for space for an agreement. If that House would decide on vital interests, which is a proposal, in that sense, it might even more satisfy the needs of the constituent peoples.

In this context, it is extremely important how Eichhorst and Palmer will approach this issue. In all their messages so far, they have emphasized the need for a more functional government. If so, then in addition to the necessary technical changes to the Election Law, a more transparent process, the implementation of Strasbourg court rulings, the House of Peoples, where the key to both blockades and solutions lies, should be important to foreign mediators.