The Government of FBiH adopted the Draft Law on amendments to the Law on Games of Chance, according to which all winnings generated from participating in classic (lottery) and betting games of chance will be taxed, regardless of the amount of the generated income.

The FBiH Government stated that the Government adopted and forwarded the Draft Law on amendments to the Law on Games of Chance to the Parliament of FBiH in urgent procedure at yesterday’s session in Sarajevo.

These amendments prescribe the obligation to pay taxes on all winnings generated from participating in classic (lottery) and betting games of chance, regardless of the amount of the generated winning. It is foreseen that the income from suspended and paid taxes will be directed to budgets of municipalities and cities in which the branches where the winning was generated are located, with the exemption of the tax collected on winnings generated in internet and SMS games, which is the income of the budget of FBiH.

Until now, only winnings above 100 BAM were taxed. Experts believe that collecting taxes on smaller amounts generated from games of chance will bring around 200 million BAM to the budget of FBiH annually, and that money can be used for social reimbursements. 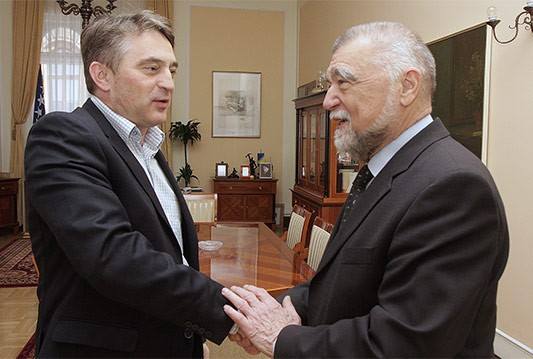 Mesić to visit the Democratic Front, what will be discussed?
Next Article U17 World Championship: BiH wins the 9th Place!
Leave a comment Leave a comment