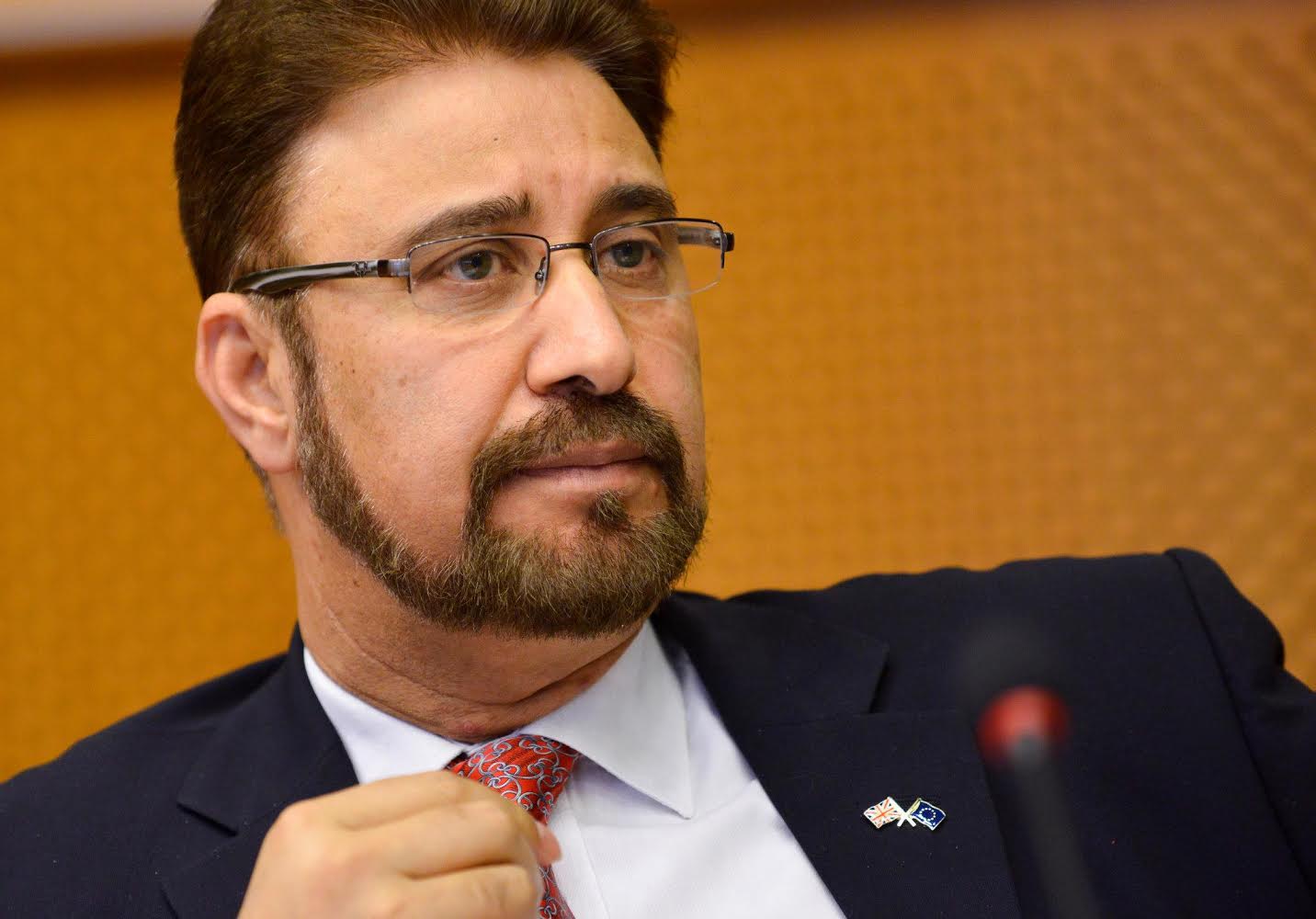 Mohammed Afzal Khan CBE was born in 1960, in Jhelum, Pakistan. Mr. Khan is a Labour Party politician in Manchester and a Member of the  European Parliament.

In 2005, he became the Manchester’s youngest, and first Asian, Lord Mayor, and was awarded ‘Mayor of the Year’ by the Co-operative Bank.  Additionally, he was also awarded a CBE in 2008 for services to community and interfaith relations and to local government. Currently he is the  Executive Member for Children’s Services. Outside of the council he has also acted as an adviser to both the Home Office and the Department of  Trade and Industry.

Mr. Khan was appointed Shadow-Rapporteur by the Socialists and Democrats Group in the European Parliament to be a spokesperson for Bosnia  and Herzegovina.

He visited Bosnia and Herzegovina for the first time to learn about the situation in our country where he met with the Members of the Presidency, Center for Investigative Reporting and Foreign Affair Minister Zlatko Lagumdzija.

We spoke with Mohammed Afzal Khanon the occasion of his visit in Bosnia.

British and German foreign ministers have sent an “open letter” to the people of Bosnia, offering an opportunity to make dramatic progress towards the EU membership if their politicians sign up to substantive reforms. Can you please explain us how would you assess the initiative by German Foreign Minister, Frank Walter Steinmeier and British Foreign Secretary, Philip Hammond?

The German-British or, as recently announced, the new EU approach, is I believe, new hope for BiH. For too long there has been no progress for the country. We need to break this deadlock and with the new EU Commissioners and BiH leadership I feel this initiative will help achieving this. Crucially, Bosnian citizens voiced their frustration with the political and economic situation and stressed that there is no alternative to urgent reforms. It is a high time to overcome the divisions and take a fresh look at the way in which BiH can fulfill its role as part of the EU family.

By observing political situation in BiH, as well as politicians, is it possible to establish a so called “co-ordination mechanism” for handling the EU integration?

Neighbouring countries are making progress and I am concerned that Bosnia and Herzegovina is not – it remains at a standstill. We must admit that we have contributed to the challenges the country is facing. The Peace Agreement brought a halt to the war, however, it has also resulted in an overly complex constitutional system that is slowing down the progress of the country. What we really need now is for political leaders to rise above ethnic divisions and do what it is best for their citizens. Implementing the co-ordination mechanism is still crucial and pre-requisite for accession to the EU. The system can be changed, if the leaders are willing to do what is necessary for it.

While staying in BiH, you met with the newly elected Members of the Presidency. What are your expectations on the work of elected politicians, namely the three elected Presidents?

It is difficult for me to judge after a single meeting with Members, what they will bring to the country in the coming months. I do, however, believe that they are aware that they cannot remain in this standstill. There is a pressure for change coming from all sides – not only from EU but more importantly from the citizens themselves.

Mr. Khan, how would you assess the work of BiH leaders? (referring to the last mandate) According to you, will the Sejdic-Finci issue be resolved, and will BiH finally be able to move forward towards a better future?

The recent elections brought an end to what is most likely the least successful terms in the country’s recent history. Too much precious time was wasted on ethnical thinking, differences and separations, whilst no reforms were put in place and a complete halt of the EU accession process and growing discontent of impoverished and frustrated BiH citizens were taking place. However, as I have mentioned, I am hopeful this time will be different.

With regards to your second question, during my recent stay in Sarajevo I had the pleasure of meeting Mr Sejdic, who agreed that there are now more pressing concerns facing citizens than before which must be addressed – the placards used during the February protest read “we are hungry in three languages”. However, we need to bear in mind that economic prosperity is only possible if it is based on a democratic and inclusive society and state. Therefore the Sejdic-Finci case it is not a question of “if”, but “when”. There are 17 minority groups in the country and equal political and civic rights must be guaranteed to all, regardless of ethnicity.

You had a meeting with representative of the Center for Investigative Reporting. How do you see the situation in BiH regarding corruption? Is it similar as in the other counties of ex-Yugoslavia?

I met with different representatives from a cross section of BiH society and all reiterated the importance of dealing with this particular challenge. According to a recent GALLUP survey, BiH is the country with the second highest perception of corruption amongst its citizens – 89%.  It affects all sectors even health and education, exploiting the most vulnerable people. This is appalling. We will not see any progress if we do not tackle corruption because it stifles economic growth and investment. BiH urgently needs successful cases which will restore the citizens’ trust in justice, institutions and the political parties themselves. It should therefore be at the heart of the new initiative.

The process of Europeanization carries with it a more civic and inclusive ‘identity’ while retaining national sovereignty. Thus, what impact do you think the European integration process has on building a sort of common ‘European’ identity among BiH citizens?

The EU model allows for a celebration of diversity. In my home-city Manchester, there are 200 different languages spoken and it is home to people of a wide range of faiths, cultures, ethnicities and social backgrounds. During my time as a Councillor of 14 years, I have seen people of all communities come out to publicly celebrate both their own and others’ cultures. The result, in my experience, is that diversity adds rather than subtracts from a society. Never have I seen multiculturalism undermine or weaken a community’s economic or social fabric. Instead, I have witnessed the beauty of diverse peoples working together on common goals, values and grounds to achieve a more open, fair and wealthier society. I think the same could be achieved in BiH. Its citizens from all eth­nic groups share the desire to join the EU, with 80% in favour. The problem lies, however, with some of the politicians who thrive on divisions and differences. We cannot allow newer generations to be tarnished with these prejudices. It is crucial we break down these barriers.

Can you say to us what has been successful by the EU’s approach so far in BiH, and what has not?

I think we should base our EU integration policy on strict conditionality and be tougher when political leaders get engrossed in ethnic divisions. It is also important to engage in real dialogue with civil society. A positive with the EU approach is its determination. After so many years of stagnation with the accession process, it is still a priority for the EU to see BiH united, peaceful and prosperous and to continue working towards achieving this.

I strongly believe that the future of BiH future lies with the EU. Others in the region have also chosen this path, including Turkey that currently has EU candidate status. As I mentioned previously, BiH citizens are more than ready to have the country moving towards the EU. More importantly though, we want to see Bosnia and Herzegovina successfully transition into a single, sovereign country prospering on its own. We are currently working to safeguard the country’s internal stability, and to promote political and economic reform for the interests of the people of BIH and for the rest of us in Europe. 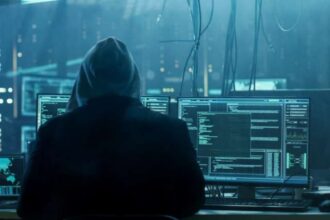