Sirens for alert could be heard in Mostar today at 10:16, reminding the citizens of the city on Neretva of the 23rd anniversary of the destruction of the Old Bridge. The siren was turned on at the exact time when the recognizable arch of the Old Bridge collapsed into Neretva in 1993.

Legendary diver from Mostar Emir Balić said that he was absent from the city when the Old Bridge was demolished and that he was shocked by the information about its destruction.

„One journalist informed me that the Old Bridge was demolished. I was shocked. I could not believe it even when I saw it on the news. The bridge that stood firm for more than 400 years and endured all wars, earthquakes and natural disasters was eventually destroyed by men. That was shocking. This bridge is the symbol of the city. It was everything to us, back at hte time. That is why it is important to mark the anniversary of its destruction and its reconstruction,“ said Balić, adding that the Old Bridge is for BiH and Mostar the same thing as the Eiffel Tower is for Paris and France.

Old Bridge is the work of the Turkish architect Hayrudin, who made the bridge upon the order by Suleiman the Magnificent. The bridge was being built in the period from 1557 until 1566. Although there is not much official information about its construction, it is known that the bridge was the greatest arched construction in the world and one of the biggest architectural ventures of the time.

The arch is 28.7 meters high. Two towers were built for the bridge keepers, Halebija and Tara, and during the Ottoman rule they served as weapon storage.

Reconstruction of the Old Bridge took seven years to complete and it cost 13.5 million USD. Funds were collected thanks to a credit from the World Bank and donations from Turkey, Italy, the Netherlands and Croatia.

Reconstruction was completed in June 2004 and the opening ceremony was held on June 23, 2004. The Old Bridge and the old town of Mostar were put on UNESCO’s world heritage list in 2005, thus becoming the first cultural heritage monument on UNESCO’s list from BiH. 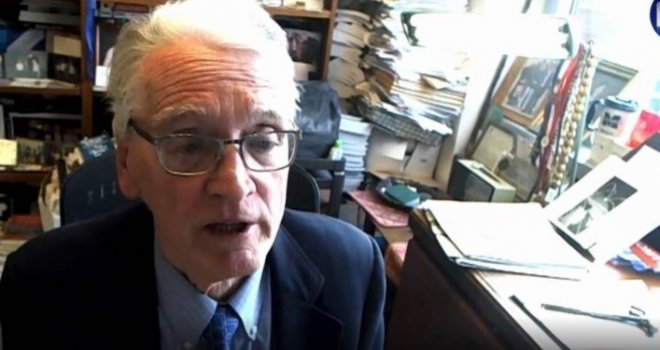 Boyle: plan for Americans and Europeans is still to divide Bosnia and Herzegovina
Next Article Conference on Macroeconomic Imbalances and EU Convergence held in Sarajevo
Leave a comment Leave a comment