President of the Bosnia and Herzegovina Committee of the International Council for Large Electric Systems CIGRE (BHK CIGRE), Edhem Bičakčić, said that agreements with the Energy Community must be respected and that this community has mechanisms to implement them.

The Secretariat of the Energy Community recently launched a dispute settlement procedure against Bosnia and Herzegovina due to the violation of the directive on large combustion plants, and in the case of block 4 of the Tuzla Thermal Power Plant and block 5 of the Kakanj Thermal Power Plant.

“Blocks of these thermal power plants can only remain in operation if they meet the stricter standards of the Industrial Emissions Directive with the installation of anti-pollution systems. The continuation of the operation of these thermal blocks has a negative impact on human health, the environment and is against the National Plan for the reduction of harmful gas emissions,” Bičakčić told FENA.

According to him, Elektroprivreda BiH is carrying out activities in order to put these units into operation in accordance with stricter standards. However, as he added, the question is when it will be completed and ready for operation under the new circumstances, whereby block 5 at TPP Kakanj will be converted to biomass, while block 4 at TPP Tuzla will be reconstructed.

Bičakčić reminded that Bosnia and Herzegovina, as a member of the Energy Community, has the obligation to carry out the energy transition, respecting the regulations of that community. 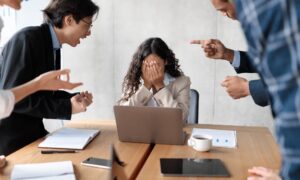