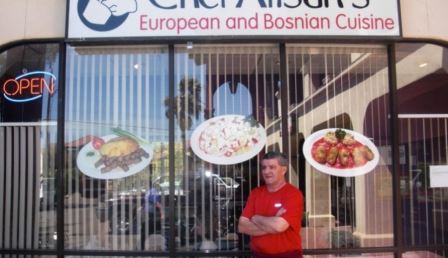 A couple of days ago, one of the largest culinary stars of the American TV, Guy Fieri, visited “Chef Alisah’s European and Bosnian Cuisine”, which is a Bosnian restaurant in Tucson, and declared it as the best one in this city.

Fieri visited this restaurant in Arizona, and he filmed a special show about this Bosnian restaurant for the national television, which will be broadcasted at the beginning of the month of March.

The owner and chef of this restaurant, Ahmet Alisah, cooked for Fieri for two hours in front of all TV cameras, and he said that it was a real pleasure for him. Alisah recalled the opening of their restaurant that took place 10 years ago, as well as their path from the very beginning to the first place among a total of 1,653 restaurants that exist in Tucson.

“We invited around 100 guests to our opening, both Bosnians and Americans. My wife and I cooked and prepared all kinds of dishes. Guests were coming in the first ten days quite regularly, but it stopped after a while. The weekend was solid, but working days were a step forward and two back,” said Ahmet.

After two years, their work was finally expanded, and there were more and more visitors every day.

“Americans eat everything, mostly chevapies, and it is really interesting how much they love our chevapies. I make around 3, 000 pieces every 10 days, because many of them are buying fresh chevapies and they grill them at home or in the park by themselves. They also really love baklawa, and other Bosnian traditional desserts,” concluded Alisah.

BH Company to produce a new Howitzer soon?
Next Article 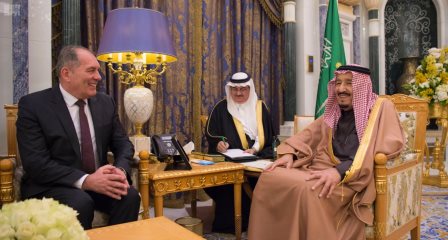 Minister Mektic with King Salman: Cooperation of Security Agencies in the Fight against Terrorism
Leave a comment Leave a comment