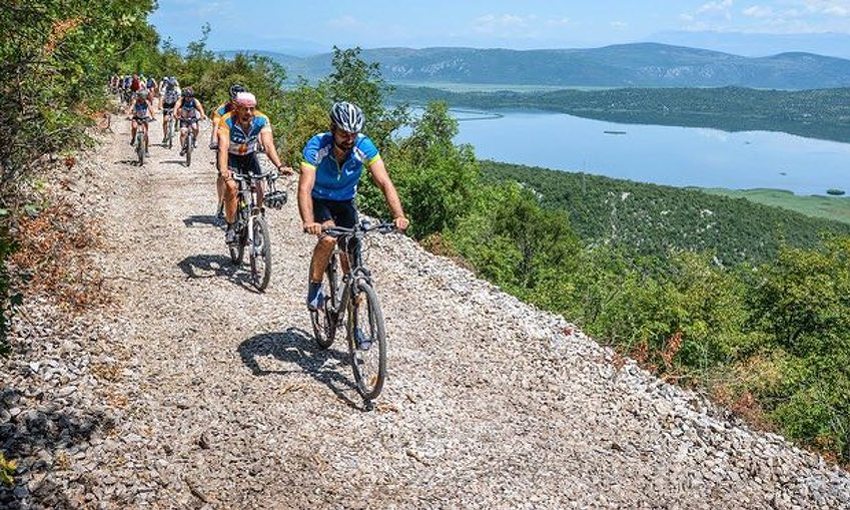 Ciro cycling trail, from Dubrovnik to Mostar, encourages tourists to return to this empty green landscape that was largely abandoned during the war. Liz Dodd, a reporter for Guardian, also was here, and she described this bicycle route.

“It had become routine, after a hard day’s cycling, to check our Bosnian wild camping spot for landmines. So I carefully tapped the area with a six-foot branch, as I’d been taught on a security course, to make sure the stubby grass was safe. Then I gave the all-clear to my companion, who bounded over – and straight into the path of an enormous black snake,” wrote Liz.

She also added that they got used to surprises at Ciro trail, and added that the new 160 km paved track between Dubrovnik on the Croatian coast and the old town of Mostar in southern BiH follows the route of the old Austro-Hungarian railway line. It was closed in the seventies of the last century after the abolition of the narrow-gauge railway, its proud station buildings stood empty until they – and the towns they linked – were obliterated by the war in the 1990’s.

This bicycle trail was opened in December last year. It was partly financed with the money of the European Union, and its aim is to attract tourists to return to this region.

“The Ciro website describes the trail as an “open-air museum”, because from the Croatian border it runs north through long-abandoned towns before ascending into the Dinaric Alps and the Vjetrenica caves,” wrote Lizz for the Guardian.

The first hotel they stayed in was “Stanica Ravno (Station Ravno),” which is an arranged train station.

“As well as great local food – such as wild asparagus foraged in the woods – it offers a chance to appreciate how splendid the old stations are,” stated Dodd in the article.

“At Hutovo there’s a chance to go off piste in Hutovo Blato Nature Park (a 13-mile gravel path over viaducts and through old railway tunnels).

The Ciro’s signposting, which had been flawless for more than 100 miles, petered out somewhat on the way into Mostar. But we were almost there by then, and explored its cobbled old town and famous bridge before setting off to ride back to Dubrovnik,” wrote Lizz Dodd for the Guardian.

This is BiH: Take a Look at the Small Paradise in Krajina
Next Article