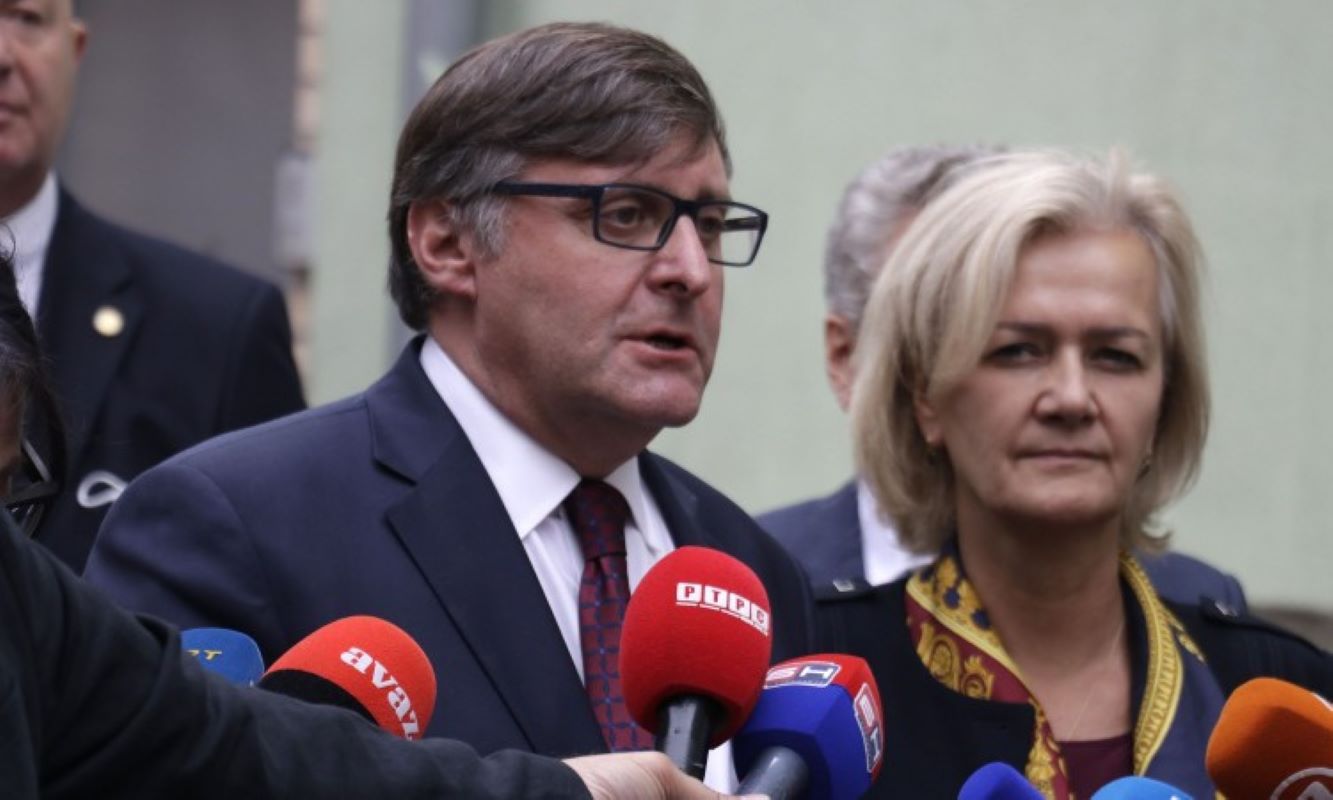 SDP and DF are withdrawing from negotiations on amendments to the Election Law and the Constitution of Bosnia and Herzegovina (BiH), in which the international community is also mediating. They announced their withdrawal until BiHinstitutions do not function. Only a day before these announcements, the news arrived that international mediators were canceling their arrival in Sarajevo for the weekend. The reason – too little progress in the negotiations that have been going on for a few months.

The SDP “freezes” participation in the negotiations until further notice. They are ready to sit at the same table with the representatives of the international community but in order to find a way to unblock the institutions and annul the decisions of the National Assembly of the Republika Srpska (NARS).

“Do you think it is serious to sit down and talk about changes to the Constitution, what we will do, whether we will abolish the ethnic prefix or not, and the Election Law, how we will elect members of the Presidency, and we have a part of BiH that says: We do not recognize BiH laws anymore, we are not here,“ said Nermin Niksic, President of the SDP BiH.

The DF has a similar opinion. They support the positions of the Embassy of the United States (U.S.) and the European Union (EU) that there is no progress in negotiations and that with the policy of the ruling coalition from the RS, there will be no big progress.

“Milorad Dodik and his secularist policy is the main security problem. That is why it is pointless to continue talking about changes to the BiH Constitution and the Election Law. We are ready to continue talks based on the value system from the European Commission’s Opinion and based on the implementation of all five judgments of the Strasbourg Court.Now the precondition is to stop the demolition and enable the unblocking of the work of state institutions. “

A position from the SDA was received yesterday, but a clearer picture should appear after the session of the Main Board of the party, which is scheduled for today. However, there are growing speculations that they will withdraw as well. An answer came from the SNSD. They noted that they are not the ones who are deepening the crisis and who do not want to sit at the same tableand that they have called on all political representatives from the beginning to solve problems without mediation.

“Their behavior confirms our thesis that there Federation is responsible for problems, and problems in the relations, above all, with the representatives of the Bosniak and Croat people, and not where some have tried to point out,“ told Snjezana Novakovic Bursac, a deputy in the House of Representative of Parliamentary Assembly of BiH (SNSD).

HNS also spoke up. They accuse political parties that are giving up negotiations, especially the SDA, of harming not only next year’s elections but also the future of BiH institutions.

“In the circumstances of the biggest political crisis, when the dialogue of the parties in the Federation of BiH is in the final phase and when we are close to complete stabilization, after the stagnation of state institutions by the Serbian political leadership, the functioning of federal institutions by the Bosniak political government is being questioned.”

Some politicians consider hypocritical the moves of the parties that are announcing their withdrawal from the negotiations after Matthew Palmer and Angelina Eichorst canceled their arrival in Sarajevo. It was not found out from the Delegation of the EUwhether and when the negotiations will continue. Earlier, the international community sent the message that there will be elections in BiH in 2022, although the HDZ announced that if there is no change in the Election Law, there will be no elections. The deadline set by international mediators to reach a compromise on changes to the Election Law and partial changes to the Constitution is the end of January.