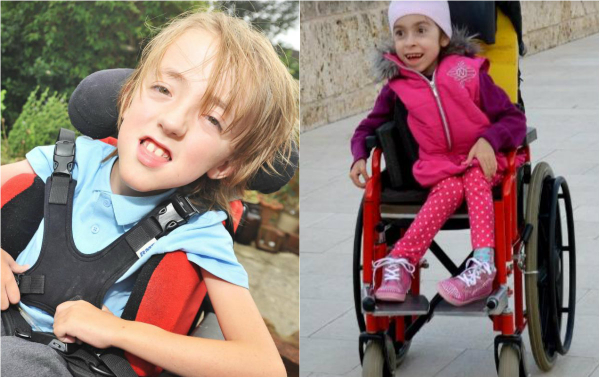 A nine-year-old girl who is suffering from a very rare and severe type of muscular dystrophy, Sofia Jevdjic from Visegrad, could not even dream of a gift that she got for the New Year. New electronic wheelchair arrived from England in January at the home of the girl who cannot walk and made little Sofija independent and free.

Sofija’s contemporary Oscar Moulding from the English town of Swindon made sure that wheelchairs, which he previously used, get into the hands of his new friend from BiH.

“I got in touch with Oscar’s mom Alexandra a few years ago in a Facebook group where parents around the world share their experiences about the disease. I was completely uneducated when it comes to this disease, which is very rare. I do not know anyone with this diagnosis. That’s why Alexandra helped me a lot with her advice. Our children bonded as well, which resulted in their and ours true friendship,” said Sofija’s mother Snezana.

She says that Alexandra could not believe that there is a country where children who cannot walk have no motorized wheelchairs.

“It was unimaginable for her and then they, when their son got another wheelchair, got the idea to give the previous ones to my Sofija. They could sell them. Used wheelchairs like this are worth 10,000 GBP (22,000 BAM), and it is a significant sum even for England, but they wanted to give them to Sofija at all costs,” says Sofija’s mom.

Besides the wheelchair, the family Moulding decided to send the money for their adaptation and transportation.

Sofija had manual wheelchair before these from one institute in Banja Luka, which she had to return.

“Electric wheelchairs are something that we would never be able to provide to Sofija, given the fact that they are extremely expensive. Sofija can now drive the wheelchairs by herself for the first time ever. They have five-speeds and can be opened and closed. This nine-year-old can finally open the door, reach things, play with her brother, and go to another room without our help. It will be much different for her at school as well. Healthy people take it for granted, but Sofija’s joy for being able to open the door for the first time in her life was priceless. It is a true wonder for us. These good people have changed her life, gave freedom to her and to all of us in a way since we do not have to constantly carry her around anymore,” says Sofija’s mother.

Little Sofija, who is suffering from this serious progressive disease from her birth that cannot be stopped, has never been happier.

About this wonderful friendship and love of two families that have never met and this priceless gift wrote the BBC and other prestigious British media on several occasions. 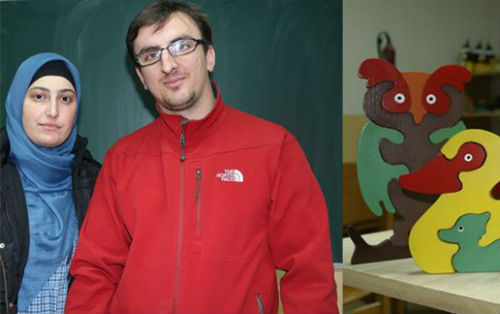