“Today, I am ordering and passing a transparency package that guarantees a free and fair campaign and elections. I do not tolerate war-mongering rhetoric. Unfortunately, there are too many of them who behave irresponsibly. The Dayton Agreement is the foundation of this country. There are still many tasks on the way from Dayton to Brussels that needs to be fulfilled,” said Schmidt in an address to the public after today’s meeting with representatives of seven parliamentary parties.

At the press conference in the OHR building, Schmidt said that there are no “first- and second-degree” citizens in Bosnia and Herzegovina and that there are three constitutive nations living in it.

“I am specifically speaking to the citizens of Bosnia and Herzegovina. I know that there are sometimes many challenges here, but I must say that there should not be first-class and first-class and second-class citizens in this country. This country consists of three nations that decide for themselves, and sometimes I have the impression that some other responsible people think that they can just speak on behalf of the people,” pointed out Schmidt, adding that elections are the basic right of citizens and are not a currency for bribing parties.

“Elections are the basic right of every individual, every player, so I am pleased to be able to return elections to everyone, so today I am ordering and bringing a transparency package that guarantees a free and fair campaign,” said, among other things, High Representative in his addressing the public. 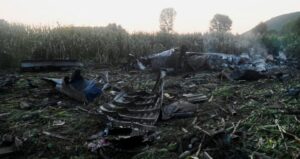