Austria presented a new non-paper to the member states of the European Union (EU), ie a document in which it advocates a new approach to the countries of the Western Balkans. The document envisions gradual integration into the EU. The reason for the new initiative is the war in Ukraine and the fear that the stability of the Western Balkans could be endangered. For now, there is no reaction from Germany and France to new ideas.

A new non-paper has appeared in European circles. This time the informal document arrives as a proposal from Austria. The media, which had an insight into the document, state that Austria is seeking gradual integration into EU policy, and the first step should be to invite the countries of the Western Balkans to participate in informal meetings of the Council of the Union. The document, they claim, also mentions the progressive integration of countries in the common market, inclusion in trade and tax policies, and participation in EU climate and energy policies. Austria believes that countries should also have access to European funds, which would be a great incentive. At the same time, an initiative is coming from the Slovenian president for the EU to give BiH candidate status without conditions and negotiations.

”The EU would invest in peace, stability, prosperity, and the EU perspective of Bosnia and Herzegovina (BiH), and because of that first move, it would subsequently ask BiH to meet the conditions. BiH needs to get out of the vicious circle in which there is no progress or status like in any other country in the Western Balkans,” are the words of the President of Slovenia Borut Pahor.

And all these initiatives are connected, say experts in European politics. It should be noted that the agreement between Germany and France is crucial for any enlargement move, and it does not exist. The reality is that there is no political will within the Union for the accession process, says Zijad Becirovic.

”These are truly amazing things, but Pahor needs to be understood because he is already campaigning to be the EU’s special envoy for the Western Balkans, as his term as president expires in December this year, and Austria because of the prestige in the region because it still loses that game with bigger countries,” Zijad Becirovic points out, director of the International Institute for the Middle East and Balkan Studies (IFIMES).

The proposals are fresh, and there is no reaction from Germany. However, the position of Germany is known from before – the candidate path is paved with reform conditions that the countries of the Western Balkans must meet. According to analysts, the situation is complicated by the fact that the credibility of the enlargement policy has been lost, but also blocked by the EU members themselves.

”I believe that the German government will reject President Pahor’s proposal to grant BiH candidate status without any conditions, and on the other hand we have the Austrian proposal which has already been seen, such as intermediate steps in the EU integration process of potential candidate countries, such as earlier access to EU structural funds, I have not seen the official position of Germany, but assumptions are that Berlin is reservedwhen it comes to such proposals,” says Bodo Weber, a German political analyst.

Candidate status would be a great move to start things in BiH from a standstill, according to domestic analysts. But there is no reason for that, which is shown by the fact that domestic politicians have done nothing since the signing of the Stabilization and Association Agreement.

It may be clearer in which direction things will go at the upcoming summit of leaders of the EU and the Western Balkans. Is there a political will for the European future of the Western Balkans or the action of this part of Europe in accordance with European guidelines, but against Russia, BHRT writes.

Unique and Beautiful Bosnia and Herzegovina in Three Minutes! (video)
Next Article The Deadline for forming the RS Army expires on Friday
Leave a comment Leave a comment 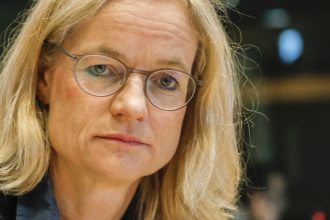