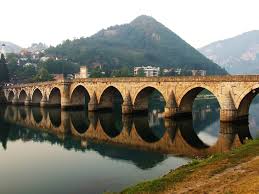 “BiH has very strict criteria for construction of bridges. All the elements of the bridge are tested. We are lucky that none of our bridges is not under some kind of ban,” said Prof. Avdo Tuce.

According to official data, at least 37 people, including three children, were killed in the collapse of a viaduct in Genoa. Rescuers are still searching the ruins for missing people, injured and victims. The government accused a private company that was maintaining the bridge for this accident and they demanded resignations, as well as abolition of concessions.

Tuce noted that the first mistake is that a private company constructed a bridge.

Talking about bridges in BiH, this expert noted that our country is rich in stone bridges.

“These are bridges of top quality that were constructed back in the 16th century. It is a less known fact that the University of Istanbul educated our architects and bridge constructors. Our stone bridges were constructed and designed in Istanbul by the famous Sinan. Not a single bridge that Turkey constructed went without approval and all of them were constructed of state money,” said Tuce.

BiH has very strict criteria for the construction of bridges, he added.

“We have very strict criteria in the construction industry in BiH in general, and we are very good in this sector. All of the elements in the construction of the bridge have been thoroughly tested. We had almost 70 demolished bridges during the war and now we have the latest bridges in Europe. We constructed 250 kilometres of highways and all of the bridges on these shares are high quality,” noted Tuce.

He also explained which institutions are responsible for maintenance and control of bridges.

“Regional bridges are maintained by cantons, and the Highways of FBiH and the RS maintain bridges in the entities. When we are constructing the bridge, the contractor is fully responsible for everything that happens, plus two years of warranty after the completion of all the works. Then the bridges are given to the aforementioned institutions or public companies on further maintenance,” stated Tuce.