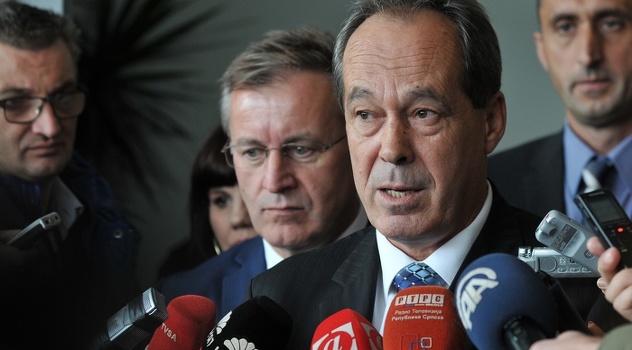 The OSCE Mission to Bosnia and Herzegovina (BiH) supported today the country’s Ministry of Defence in holding the 18th Session of the BiH Strategic Committee for Weapons, Ammunition and Explosive Ordnance.

The session brought together key representatives of the Defence Ministry, Armed Forces, and BiH Parliamentary Assembly’s Joint Committee for Defence and Security, and international organizations and embassies supporting security and defence sector reform. They reviewed the progress achieved in the safe disposal of surplus weapons, ammunition and explosive ordinance (AWE), and jointly planned future activities.

Podžić noted that significant progress has been achieved in improving the security and safety at the AWE storage sites and thanked the OSCE, UNDP and EUFOR for their support through the implementation of the SAFE-UP, EXPLODE+ and Small Arms and Light Weapons Marking projects, among others.

“Prior to 2011, the security and safety situation at ammunition and weapons storage sites in BiH was alarming,” said Kathleen Kavalec, Head of the OSCE Mission to BiH.

“We have achieved a great deal since then by increasing the security at four storage sites through two OSCE projects, SECUP and SAFE-UP, and by helping establish a modern ammunition testing laboratory at TROM Doboj. Those two projects had the support of 17 OSCE participating States that jointly invested more than 3.3 million Euros into those efforts,” added Kavalec.

Kavalec further noted that the OSCE Mission will continue to work with its national and international partners to support the implementation of the BiH arms control priorities, which now include reducing stockpiles, improving security and safety at prospective ammunition storage sites, and decommissioning non-prospective sites.

The OSCE Mission to BiH is mandated with strengthening human rights, democratic governance, and security co-operation. It is one of the key strategic partners to the BiH Ministry of Defence in the implementation of the country’s master plan for the management of ammunition, weapons and explosives.