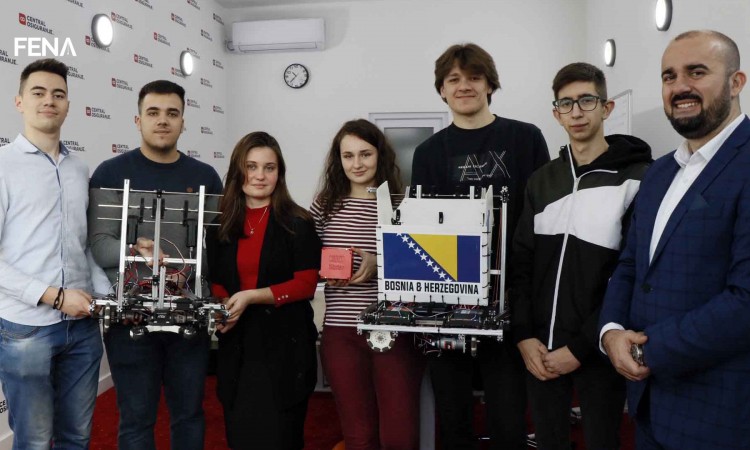 The dedicated work of several high school teachers and children started on 27 June, lasted four months and Bosnia and Herzegovina became the first in the world, in a competition of 177 countries.

The Mostar-based robotics team in Bosnia and Herzegovina won the world competition with modest institutional support, and emotions have not calmed down, according to Anes Hadžiomerović, professor of mathematics and informatics, Anes Hadžiomerović, president of CERIT and mentor of the BiH Robotics Team.

– Due to the pandemic, the competition was held online, and we faced many challenges. We had to make four robots ourselves and send all the documentation to the commission, what we used and in what way, as well as a recording of the work – said Professor Hadžiomerović.

In addition, they made a project they are proud of, the Cube set cube, a nano-satellite that they were supposed to raise to 30 to 40 kilometers into the lower atmosphere.

Cube set cubes were prepared for six days with 11 hours of work because they did not have adequate technology, while, for example, other countries needed 8 minutes for that job because they worked with advanced CNC and laser cutters.

The mentor says this was proof of how eager and knowledgeable young people in BiH are.

This team of young robotics mostly funded the competition out of their own pocket. Some institutions remembered them at the very end of the competition, while most have not until today.