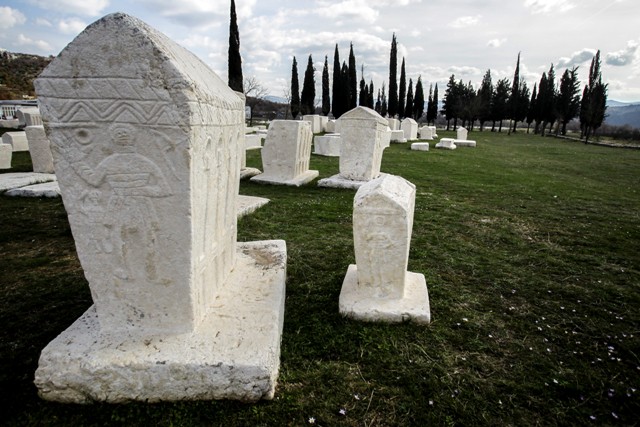 After learning about the activities in the protected area of world heritage in the territory of Bosnia and Herzegovina, the UNESCO World Heritage Center sent a letter asking for information about the potential impact that the newly built buildings near the Radimlja Necropolis and the Old Bridge in Mostar could have to these world heritage sites. The letter from the World Heritage Center was submitted to the Institute for the Protection of Monuments of the Federation of Bosnia and Herzegovina.

The FBiH Institute for the Protection of Monuments told FENA that in a letter from the World Heritage Center, acting ibythe Operational Guidelines for the Implementation of the World Heritage Convention, comments were requested from the competent authorities regarding the construction of a jumping platform near the Old Bridge in Mostar and the construction of a commercial complex within the protective zone of the Radimlja Necropolis.

Director of the Institute for the Protection of Monuments Ante Vujnović underlined that in both cases the Institute, as the competent institution for the protection of monuments in the Federation of Bosnia and Herzegovina, was not aware of the interventions according to the procedures provided for by law, and based on the knowledge from the field, sent a request to the FBiH Administration for Inspection Affairs for the competent procedure.

He points out that the Institute for the Protection of Monuments is preparing a comprehensive report that will include all findings, correspondence and comments from competent services at all levels of government, which will be sent to the World Heritage Center through the Ministry of Civil Affairs of Bosnia and Herzegovina.

Head of the UNESCO Office in BiH, Siniša Šešum, also confirmed for FENA that on September 6, by Article 174 of the Operational Guidelines for the Implementation of the Convention from 1972, the UNESCO World Heritage Center sent a letter to the competent institutions of BiH, requesting additional clarifications regarding interventions in the area that can potentially affect the world heritage site of the Old Town area around the Old Bridge in Mostar, as well as the site of the Radimlja Necropolis near Stolac, inscribed on the UNESCO World Heritage List, as one of the twenty-eight elements of the joint nomination “Stećci – medieval tombstones”.

“In this case, it is about a jumping platform built in the “Old Town Area around the Old Bridge in Mostar”, as well as a commercial building within the protective zone of the Radimlja Necropolis near Stolac. Since this case is ongoing, we cannot provide additional clarifications at this time. In any case, everything now depends on what Bosnia and Herzegovina will deliver to the UNESCO World Heritage Center and how the advisory bodies will evaluate the submitted documentation and the situation on the ground,” emphasized Šešum.

The area of the Old Town around the Old Bridge in Mostar was declared a World Heritage Site at the 29th session of the World Heritage Committee in Durban, South Africa, in 2005.

The stećak sites were declared a UNESCO World Heritage Site at the 2016 UNESCO committee meeting in Istanbul, Turkey under the title “Stećci – medieval tombstones (Bosnia and Herzegovina, Croatia, Montenegro and Serbia)”. The stećak necropolis of Radimlja is one of the listed localities, Fena news agency writes.