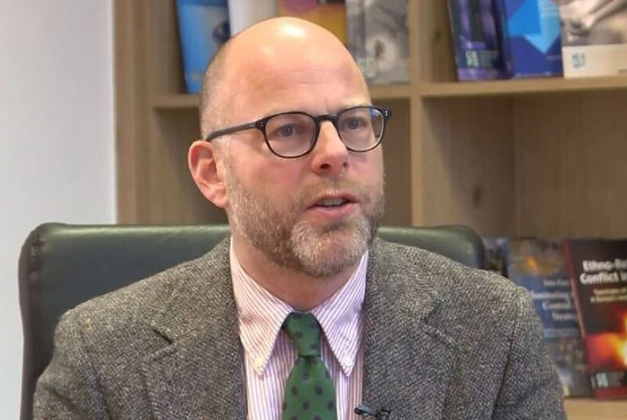 Toby Vogel, a Brussels-based analyst, and expert on the Balkans and migration, believes the story of the peaceful dissolution of Bosnia and Herzegovina (BiH), which has been circulated in themedia, is no longer just a trial balloon.

Vogel is critical not only of the European Union’s (EU) policy towards the Balkans, but also of their failure to cope with the threat posed by Putin’s Russia and the possible invasion of Ukraine, to which they do not have an adequate response, and migration policy contrary to European values, and also to the international and EU laws.

In fact, the EU has never had a serious policy towards the Balkans, the only policy and the only strategy that the EU has had is enlargement. And of course, enlargement is going very, very slowly. At this moment, it seems that everything is stopped completely in that process, except for Serbia, and that is why that policy is falling apart. The problem is that there is nothing to replace it, nor any strategic approach to the Balkans. There was no consideration of that policy to understand what was wrong, why it was wrong, and what can replace it. I think in Brussels there is an atmosphere of denial, where EU institutions do not want to face the fact that their policies towards Bosnia and the Balkans in general have failed. The crisis in BiH is a good example of that because every time Dodik threatens – the EU makes concessions. And of course, what is happening is that opportunities are being created for Dodik that encourage him to make even more extreme demands, and that is how we came to the last crisis,“ he pointed out in an interview with Antena M.

”The thing with the latest crisis is that Hungary and its Prime Minister, Orban, are openly encouraging Dodik, openly taking his side and that is a new element, ” he added.

”He must have had certain EU members who had some sympathy for him before, but this open support is really a new element. It is very problematic that we see this happeningbecause it should not happen. But let me repeat, this is a reflection of the EU’s lack of strategy in dealing with the Western Balkans, as well as its ignorance of how to deal with its illiberal members. The EU does not know what to do with Hungary, Poland, Slovenia, even Croatia, although Croatia is not in the same league as Hungary and Poland in terms of the rule of law and the captivity of the state, “ he said.

After that, he explained that the stories about the peaceful dissolution are much more than a trial balloon.

“Until just a few months ago, I would say it’s obviously a trialballoon, now I think there are probably people who are probably working on it. The big problem is that Bosnia can’t fall apart peacefully. There are no circumstances that could be imaginedtoday in which the formal dissolution of Bosnia, or the independence of the Republika Srpska (RS) or its annexation by Serbia, could pass peacefully,” he concluded.