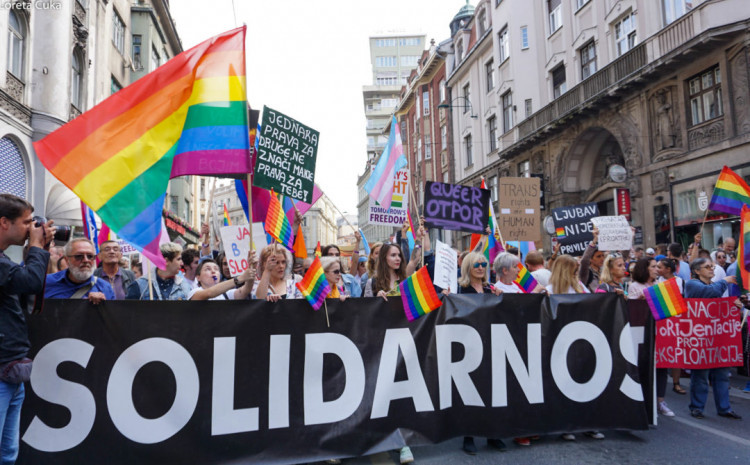 The first Pride Parade in Sarajevo, although it came late compared to other major cities in the region, still can be used as an example to Belgrade and Zagreb. To date, not a single incident has been recorded in the capital of Bosnia and Herzegovina (BiH), which Serbia and Croatia cannot boast of.

The ban on the walk and mass gathering of members and activists of the LGBTIQ+ community in Serbia on the occasion of Europride prompted us to think about whether the Balkans are taking a step backwards when it comes to human rights.

Politicians have used and are using this vulnerable social community to solve their problems and score political points. Then manipulated individuals in society in such an environment, not guided by the rule of law, create new dangers for the LGBT population and take to the streets with the intention of denying the right of assembly to these citizens. Religious institutions whose dogmas strongly oppose the possibility of same-sex relationships also contribute to everything, as a poisonous icing on the cake.

These are three factors – politics, society and religious institutions – which are proof that the Pride Parade in the Balkans is not a ceremony celebrating personal sexual orientation, as it is often seen, but a necessary protest of vulnerable fellow citizens, which everyone should join.

Such a protest in Belgrade yesterday passed violently, with many incidents of those who do not support it.

During the past years, we could see similar scenes in Zagreb and Split. On the streets of the cities in the region where the parade was held, we could see mass homophobic reactions, violence, demolition of the city, attempted lynching, throwing stones, ashtrays, bottles, even Molotov cocktails.

However, for four years in Sarajevo, the parade has been held without incident, indeed with strong police security.

The support of the authorities and politicians in general for holding the parade is of great importance for this population, but also for the citizens because it means safety. Activists in Sarajevo, unlike countries in the region, have so far always received the necessary support, with inevitable individual homophobic outbursts by individuals such as Adnan Delic and Elmedin Konakovic from Narod i pravda (People and Justice), whose political ideas do not allow them to think beyond their personal interests, and Samra Hajdarevic Cosic from the SDA, who was sentenced in the first instance for statements about LGBT people.

In addition to politics, which this year secured a large part of the money needed to hold the Pride Parade, the security and police services in Sarajevo did a much better job than was done in the region.

Finally, for the beautiful pictures from Sarajevo, in addition to the police and politics, we can also thank the Islamic Community of BiH for the extremely correct statement of their position.

In 2019, they called on the believers not to go to the parade, but they did not want to engage more actively on the issue. Thus, they made a big difference in relation to the Catholic Church in Croatia and the Serbian Orthodox Church in Serbia, which are one of the main drivers of hatred towards the gay population.

Simply, the Islamic Community of BiH has clearly shown that it does not want to be a generator of hatred, which can also be seen in the sermon delivered by the reis ahead of the holding of one of the processions: ”We draw the attention of the believers that no individual, no matter who he is, is allowed to use violence against any person because of his personal belief and orientation”. And so it happened like that, without a single incident from the first Pride Parade until today, Klix.ba writes.

Dodik’s racist Outburst: We cannot have joint Schools and Textbooks with Muslims
Next Article 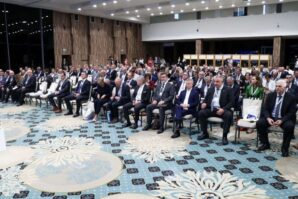 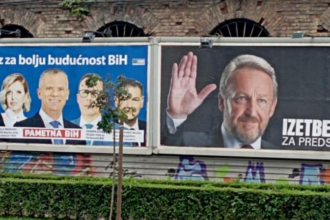