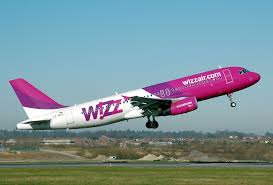 Wizz Air has registered its own company in Bosnia and Herzegovina, records show. Wizz Air Bosnia, with its headquarters at Tuzla Airport, was registered on February 17, 2020. At the time, Tuzla Airport was in the process of negotiating a new agreement with the low-cost carrier, which it hoped would result in the introduction of new routes and the possible stationing of a third aircraft in the city. Tuzla Airport’s contract with Wizz Air was to expire this June and a new four-year deal was to be inked, Ex-Yu Aviation portal reports.

Low-cost carrier Wizz Air has temporarily suspended 28 routes from cities in the former Yugoslavia, with three more to join them over the next two weeks.

This means that a total of 31 lines from the former Yugoslavia have been affected and the frequency on many routes has been reduced, due to the situation and restrictions related to coronavirus, Biznis Info reports.

Three routes from Tuzla’s Wizz Airbase are currently suspended, and there will be another one next week.

Namely, flights to Friedrichshafen in Germany will be suspended from September 4 to October 26. Flights to Salzburg, Vienna and Billund are expected to resume on October 25th and 27th.

Twelve other routes continue to be served from Bosnia and Herzegovina’s third-largest city, although operations to Vaxjo have been reduced to one flight a week until the start of the 2020/2021 winter season in late October. Flights between Budapest and Sarajevo have been suspended until October 2nd.

In August, for the second month in a row, the International Airport in Tuzla was the busiest in Bosnia and Herzegovina, surpassing the Sarajevo Airport again by a significant number of passengers.

Tuzla Airport served 32,008 passengers in July, which is 52.8% less than in the same month last year, while 13,345 passengers passed through Sarajevo Airport, which is a decrease of 92.6%, according to Ex yu-aviation news portal.

Apart from the current coronavirus pandemic, the operations of both airports were affected by the ban on flights to Austria, which lasted until the second half of July, Biznis Info reports.

During the first seven months of this year, Tuzla Airport served 141,855 and Sarajevo 156,885 passengers.