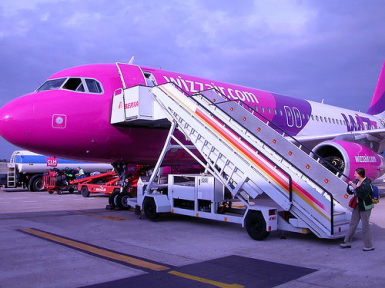 The airline Wizz Air will maintain one route from Sarajevo during the summer season of 2023. They will stop flights between the capital of Bosnia and Herzegovina (BiH) and London Luton from March 24th.

Wizz Air’s only remaining service outside Sarajevo will be Abu Dhabi, which will be operated by its subsidiary from the United Arab Emirates. Services to the capital of the Emirates will be held four times a week during the summer of 2023.

As stated on the ”EX-YU Aviation News” page, Sarajevo Airport has not been successful in maintaining a permanent line to the United Kingdom (UK). In March 2007, British Airways introduced a three-weekly service from London Gatwick to the capital of BiH with its Boeing 737 fleet.

However, the flights were suspended in October 2008, citing the recession and increased costs as a result of the then-global economic crisis. In September 2019, FlyBosnia started a short-lived three-weekly service to London Luton, however, it recorded poor results on the route with an average Airbus A319 load of just 10%.

In November, Wizz Air closed its base in Sarajevo, citing inflation and rising costs as the reason for its decision. At the same time, it cut nineteen routes and relocated its two planes that were stationed in the city. Sarajevo Airport has since issued a public invitation to airlines to submit their proposals for opening the base, in exchange for incentives. In 2020, the airport announced a similar tender which Wizz Air won.

It was the only one that applied. According to the conditions issued this time by Sarajevo Airport, interested carriers must open their base in the capital of BiH next year in order to qualify for incentives. It is believed that Ryanair is among the interested parties. The result of the tender could potentially lead to the renewal of flights to London. The public invitation closes next Friday, Klix.ba reports. 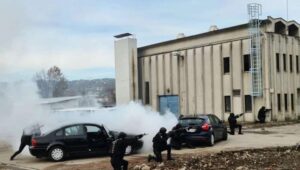