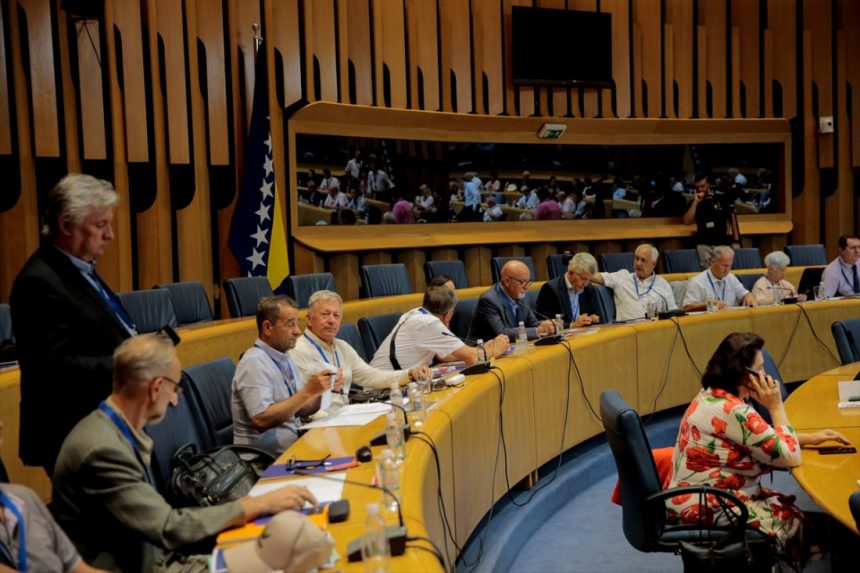 The Congress, which is being held in the building of the Parliamentary Assembly of Bosnia and Herzegovina under the auspices of the Chairman of the Presidency of BiH and with the partnership and support of the Ministry of Human Rights and Refugees of BiH, gathered about 120 delegates from about 20 countries of the world, as well as numerous representatives of the public and cultural life of BiH diaspora.

SSDBiH President Husein Sehovic said that the diaspora of Bosnia and Herzegovina is practically one institution with about two million citizens living in about 60 countries around the world.

“It is one capital, one strength that should be used, but it should be done strategically and planned. A strategy at the state level is needed, because the BiH diaspora has become a force that is evident and must be present in both political and economic spheres of life, working on the transfer of knowledge, technologies, exchange of experiences, and the connection of our businessmen who have become very strong and are in the largest corporations in the world,” said Sehovic.

He added that special attention should be paid to the issues of young people, who make up 60 percent of Bosnia and Herzegovina. diaspora, that’s why they decided to organize a panel called “Connected with Bosnia and Herzegovina” at this year’s congress. According to Sehovic, young people who were born in the diaspora now face the problem of the so-called dual identity and that should be discussed.

“That’s a total of five to six billion. Knowing the GDP of this country, it is almost 12 percent of the total social income. It is fresh capital that directly enters Bosnia and Herzegovina, it is five to six times higher on an annual level than foreign investments”, said Sehovic.

At the very end, he also touched on the upcoming elections, stressing that, unfortunately, the response of the diaspora to register for the elections is very small and that this is an absolutely devastating fact.

“We work every day to animate our people around the world, to register and later vote because that is the minimum concept of patriotism,” said Sehovic.

As an umbrella organization, the World Federation of the Diaspora of Bosnia and Herzegovina aims to connect and coordinate the work of associations, clubs and numerous non-governmental organizations (NGOs) around the world.