The Agency for Gender Equality of Bosnia and Herzegovina (BiH) issued, after the last two cases of misogynistic and sexist speech and gender-based attacks on female politicians, lists of guidelines for politicians, political parties, and legislative bodies in BiH.

According to one of the studies, more than 60 percent of the surveyed female politicians stated that they had experienced some form of violence.

In two incidents last week, the targets of the attacks were Aleksandra Nikolic, Minister of Science, Higher Education and Youth in Canton Sarajevo (CS), one of the ten cantons in the Federation of BiH (FBiH) entity, and Sabina Cudic, a member of the Parliament of the FBiH.

The (non)culture of parliamentarian dialogue

Dzevad Poturak, an SBB delegate, recently made a derogatory comment about the way Minister Aleksandra Nikolic was dressed during a session of the CS Assembly.

”She came as if she was going to the beach. All she needs is a tuber (potato) and a tomato to put next to her. But, well, I hope that this reality show and this cooperative is ready to continue working,” Poturak stated.

This was followed by a stormy reaction from the delegate Vildana Beslija (NS), who asked the Speaker of the Assembly Elvedin Okeric to prevent rude and sexist comments. She stated that she feels insulted and upset as a woman and that Poturak owes everyone an apology.

Poturak, instead of apologizing, went a step further, saying that he did not consider that he had stated anything derogatory by criticizing that “the lady came in a transparent dress.”

Poturak’s behavior was also condemned by his male colleagues. Among them was Damir Niksic, a member of the CS Assembly and a member of Our Party, who explained why Poturak’s statement was sexist.

”This morning I wore a transparent shirt through which my nipples were sticking out, and respected delegate Poturak didn’t even look at me, let alone comment,” Niksic tweeted (stated on Twitter).

The number of attacks in the pre-election period is increasing

In BiH, there is also a state Agency for Gender Equality, which is an advisory body without the mandate to impose sanctions. When it establishes a violation of the Law on Gender Equality, the Agency requests a statement from both parties, after which it makes recommendations with a measure, which the violators may or may not comply.

The director of the agency, Samra Filipovic-Hadziabdic, says that it is evident that the number of cases of verbal violence against women is increasing in the pre-election period. There are two months left until the elections in BiH. She points out that the Agency receives three to four reports a year, most cases of sexual harassment at the workplace.

For this reason, the Agency adopted guidelines for workplace behavior and requested that all institutions at the BiH level adopt a decision on zero tolerance toward sexual harassment, and appoint commissioners or advisors for these cases, RSE reports.

Analysis: We counted (ourselves)
Next Article 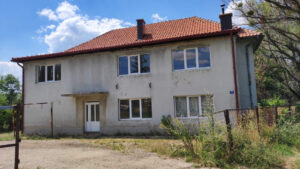