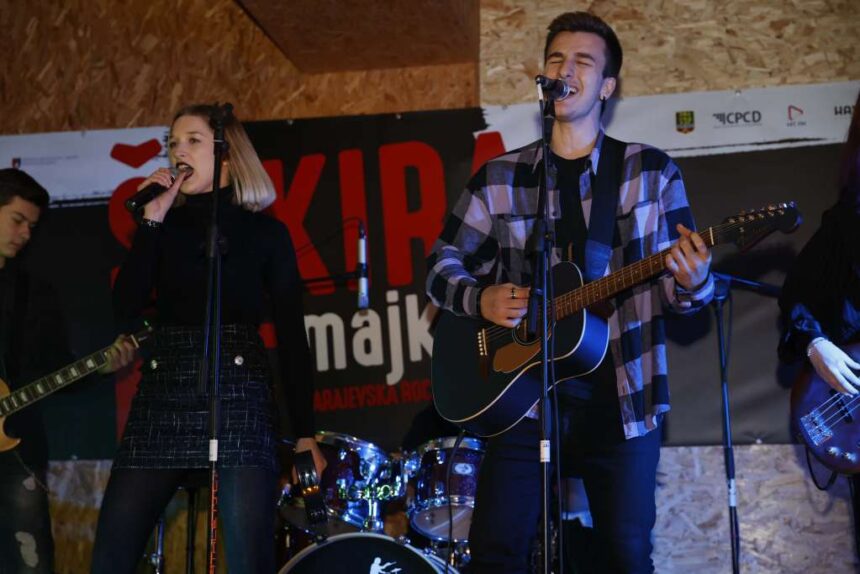 The opening of the Ex-Yu Rock Center was held today in the Sarajevo Youth Center in Skenderija, at the premises of the former Cactus club. Around 200 original artifacts have been exhibited on this occasion.

The theme of the first exhibition, named after the song “Šokiraš me majke mi!” by Zabranjeno pušenje band, which symbolically opened the Center, is “Sarajevo Rock Scene 1980-1992”.

Igor Mišić from the Ex-Yu Rock Center team said that they have been working on the preparation of the exhibition for more than a year.

The creator of the project is Will Richard, an American who has lived in Bosnia and Herzegovina for 12 years.

At the opening, he stated that the Yugoslav rock scene was one of the best in the world, right after the American and British ones.

Richard said that in the last two years they have collected a significant number of exhibits.

“The plan is to open a large museum of Yugoslavia, maybe in a year. In the meantime, let’s have three, or four big exhibitions, before that. And the first topic is “Sarajevo scene 1980-1992”,” said Richard.

Aurelie Valtat, Head of the Section for European Integration, Political and Economic Affairs at the EU Delegation in BiH, said on this occasion that she was pleased to have the opportunity to be in the place where many legendary musicians and rock bands started their careers.

Deputy Director for Cooperation at the Embassy of Switzerland in Bosnia and Herzegovina, Chantal Felder, said that through its engagement, her country wants to promote prosperity and stability, in such a way that all citizens can express their full potential, which includes support for local entrepreneurs, economic development, but also urban planning.

“At the same time, it also includes support for cultural initiatives, because we believe that they are crucial for people to be able to express themselves and to have fulfilled lives,” she added.

Ex-Yu Rock Center has been supported so far by the Embassy of the Kingdom of the Netherlands, the Embassy of Switzerland, the European Union, the Ministry of Culture and Sports of the Sarajevo Canton, the Center for the Promotion of Civil Society, the Embassy of France, UNESCO and Municipality Centar Sarajevo, Fena news agency reports.