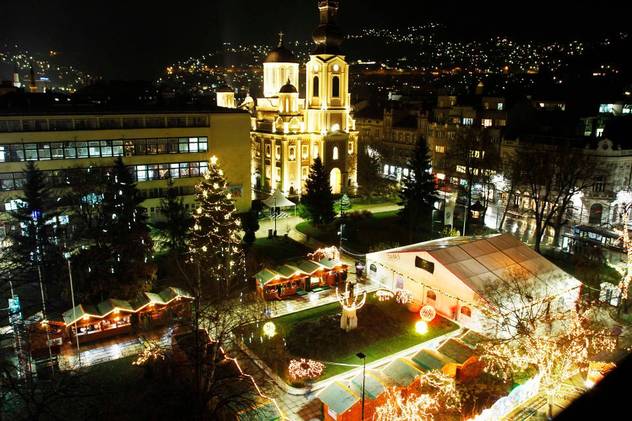 [wzslider autoplay=”true”]Last night in Sarajevo was officially opened the fifth Coca-Cola Sarajevo Holiday Market in the presence of a large number of citizens who visited the setting on the first day.

Since it resonates with a real holiday atmosphere, the Market has already become a traditional site that citizens of Sarajevo and visitors gladly visit over the 37 days that it is held.

With more than 30 small cabins and stands, the Market provides a daily offering of souvenirs and products crafted by artisans, all of which come with a certificate of Original Sarajevo Quality, as well as other handicrafts, books, toys, cosmetics, food and drinks.

Market was officially opened after the Mayor of Sarajevo Ivo Komsic and the Mayor of Zagreb Milan Bandic lit the lights on the richly decorated Christmas tree.

Bandic stated that he was happy to be again in Sarajevo and that he is able to spend some time with the people of Sarajevo.

“I’m glad that we’re all together here. One common feature of cities of Sarajevo and Zagreb is that these two cities have the most beautiful women, hoping that the citizens of Mostar will not be angry. I am happy that I am in Sarajevo, here, with good people. Another feature of Sarajevo and Zagreb is that both of them are multi-ethnic, multicultural and multi-religious cities. The third common feature is that these are two cities of good people, full of kindness, warmth and love,” said Bandic.

After that, representatives of the Zagreb Tourist Board gave two Hearts of the city of Zagreb to citizens of Sarajevo.

Komsic gave Bandic the Heart of Sarajevo in return.

The fifth Coca-Cola Sarajevo Holiday Market will be held from the 9th of December 2015 to the 14th of January 2016 at the Liberty Square – Alija Izetbegovic and the Square of the children of Sarajevo in Sarajevo.

Just as during the previous four years, the Sarajevo Holiday Market will make the holiday period in Sarajevo more attractive and will mark the Catholic Christmas and New Year and the Orthodox Christmas and New Year by offering an assortment of local products. The Market was started with the wish of wanting to bring a full winter experience back to Olympic Sarajevo and has been patterned after Christmas markets that can be found in almost every city in Western Europe. 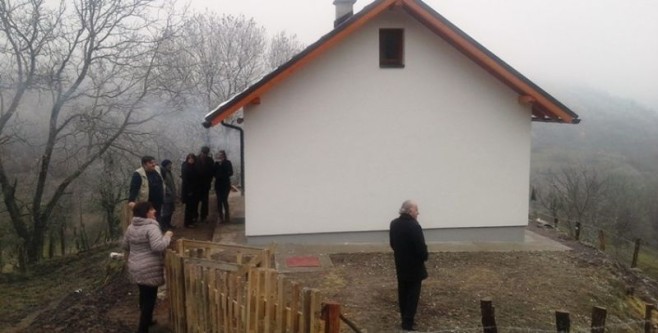 Foca: 13 Displaced Families received the Keys of the New Houses
Next Article Excavation of the Mass Grave in Kozluk in Progress
Leave a comment Leave a comment