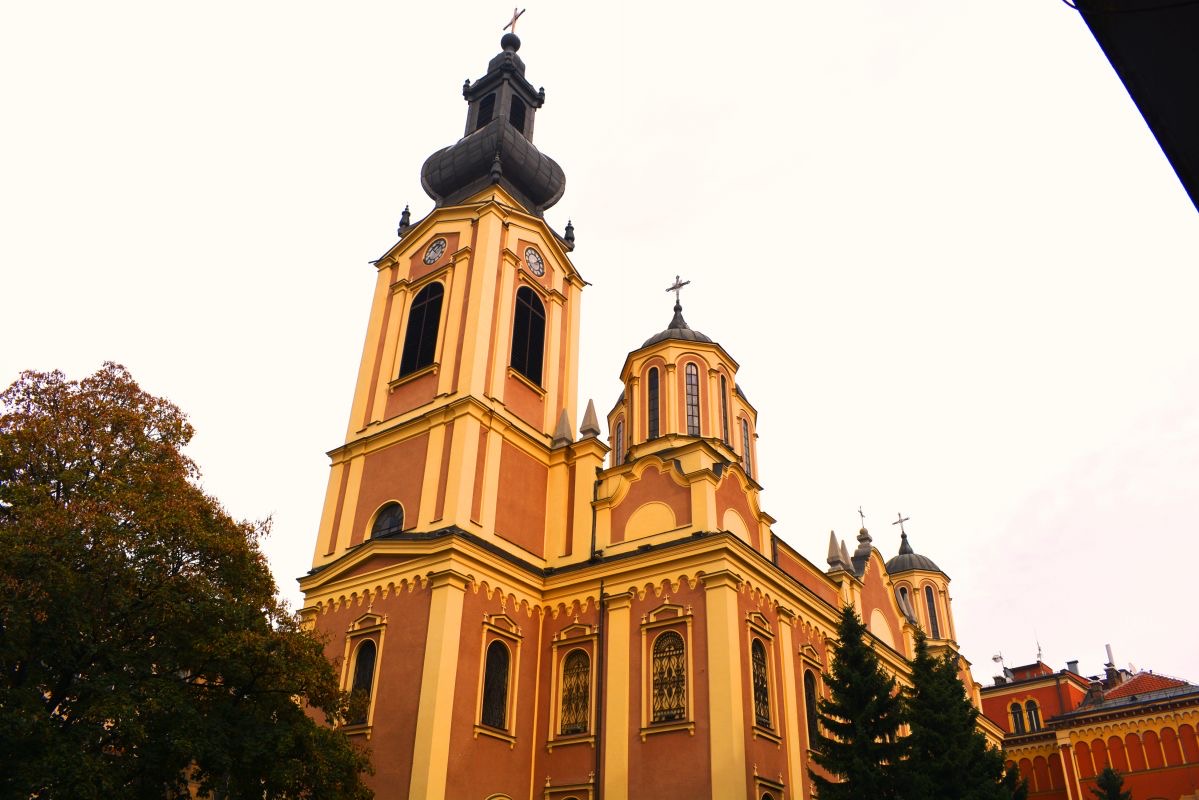 Today, the 150th anniversary of the consecration of the Cathedral Church of the Nativity of the Most Holy Mother of God in Sarajevo will be marked.

On that occasion, a concert of the Chamber Choir from the Department of Church Music and Singing of the Music Academy of the University of East Sarajevo was organized. The concert will be held under the baton of conductor Rade Radovic.

The ceremony will begin at 5 pm in front of the Cathedral Church in Sarajevo.

The Cathedral Church in Sarajevo is one of the largest Orthodox churches in the Balkans. The church is located in the city center, next to the Faculty of Economics, on the right side of the river Miljacka.

The decision to build it was made at the beginning of 1859 and the construction itself began in 1863 and lasted 11 years. The works were completed on May 1st, 1874. The consecration of the completed church was performed by Metropolitan Paisije of Dabar-Bosnia in 1872.

The permit for the construction of the church was issued by Sultan Abdul Aziz in order to alleviate the criticism from Europe due to religious intolerance. The church itself was built with the voluntary contributions of the citizens of Sarajevo and surrounding places, as well as Dubrovnik, Belgrade, Trieste, and Vienna merchants. There is a record that the sultan himself was one of those who contributed.

Today’s appearance of the church is slightly different from the original. The cathedral was built of stone, Klix.bawrites.