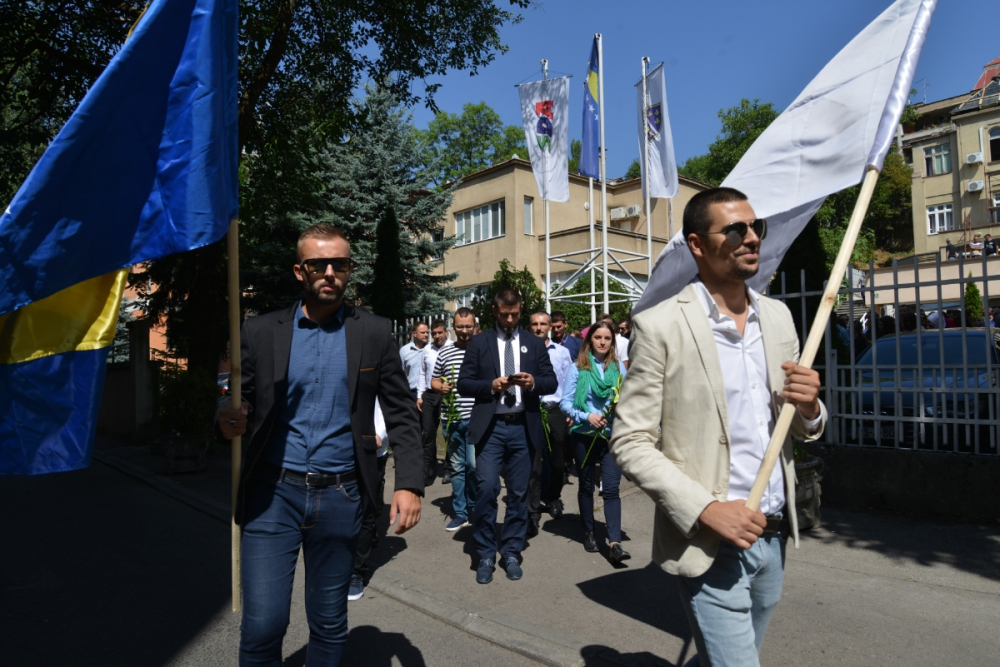 Young members of the Youth Association of the SDA Party carried 78 lilies in the memory of the first President of the Presidency of Republic of Bosnia and Herzegovina Alija Izetbegovic who died when he was 78 years old.

Several hundred young people walked through the main streets of capital Sarajevo towards the Kovaci where they laid flowers at the grave of Alija Izetbegovic. The flowers were also laid down by the Presidency member Bakir Izetbegovic, SDA delegation and numerous other delegations, who visited the grave and symbolically marked 92 years from the birth of the First President.

“In my opinion, young generations, unfortunately, do not know enough about the life and work of President Izetbegovic, and his character and work should be much studied in more detail. Most importantly, after his death, the President left us humility,  wisdom and morality. This path should be followed by all, and we especially need to be aware that we can only work for a better BiH with our own work, commitment and knowledge,” said Salko Zildzic, president of the Association of Youth SDA.