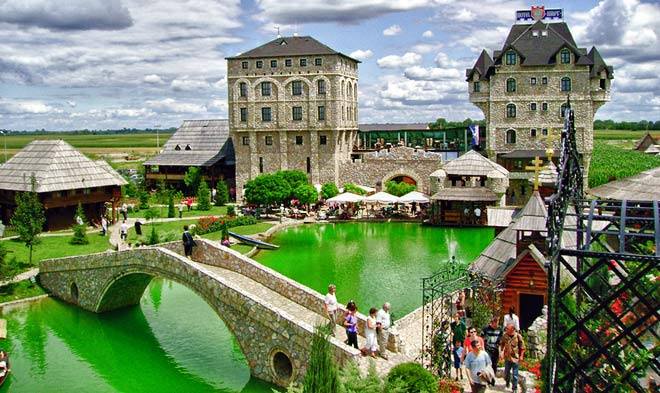 Citizens of Republika Srpska who do not have the opportunity to spend their vacation on the seaside, can spend their summer in national parks, spas, ethno and eco centers across Srpska, and natural beauties and gourmet specialties lure tourists from all around the world.

The Tourist Board of Republika Srpska (TORS) stated that, thanks to the rich offer of tourist contents, thousands of foreign and domestic tourists visit different destinations in the RS during the summer.

“Our destinations offer something for someone. Adventurists are attracted by rafting, climbing or cycling, and places where tourists can enjoy such activities are parks Kozara and Sutjeska, then the mountains Maglić, Jahorina and Zelengora, as well the areas around rivers Vrbas and Tara,” TORS said.

Special attention is paid to the medieval monasteries and religious monuments, which are visited by thousands of people every year.

“Leader of the spa tourism in the RS is the Health-Tourist Center Banja Vrućica in Teslić that is one of the leading health, wellness and congress centers in the region,” TORS said.

Although the alpine centers mostly attract visitors in the winter, for many tourists the real vacation on a mountain is also in the summer. President of the Alpine-Skiing Society “Ljubijski rudar” Božo Grbić said that Kozara lures tourists with its beauty both in the summer and in the winter.

Year after year, the ethno-tourism thrives in the RS and a good example of that is the ethno-village “Stanišići” near Bijeljina.

“Bijeljina is a crossroads on the tourist map, therefore the number of tourists increased by 20 percent in the first five months of this year,” said Milivoj Era from the Tourist Board of Bijeljina.

In the summer, domestic and foreign tourists are mostly interested in visiting Banja Luka, Trebinje and Višegrad with Andrićgrad. Those are cities with rich cultural and historical heritage, adventures, youth and unforgettable night life, with a large number of amenities nearby from the domain of adventurist, religious and other types of tourism.

There is no Reason to worry: The Water Level of the Drina is decreasing