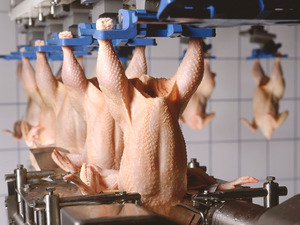 The announced enormous increase in the price of electricity for industry, among others, will hit the poultry production sector in Bosnia and Herzegovina (BiH) hard. The umbrella association once again warns the authorities that this will cause a severe financial blow that this sector, which annually produces 540 million eggs and 65.000 tons of chicken meat with 20.000 employees, will hardly survive. Some manufacturers, in order to avoid losses, are already announcing the suspension of production.

“If it is the level of ten or 20 percent, then alright, but this 300 percent will put all sectors in an unenviable position and it is a question of survival in general,” told Edin Jabandzic, vice president of the Coordination Committee of Poultry in BiH.

What exactly does that mean when it comes to financial burdens for certain producers, such as the one in Tesanj, which employs 700 workers.

“With one million and 400, we will pay three million and 600 BAM for electricity. This is, in addition to the increase in the price of fodder, which we have experienced in the last two years, of 53 percent, certainly the biggest blow to our production. I think we will bring the complete production in question. There may even be a suspension of production, ” warned Hazim Mujkic, director of primary production at MI Madi Tesanj.

In addition to about 20.000 directly endangered jobs, the increase in the price of electricity will endanger the existence of about 40.000 subcontractors.